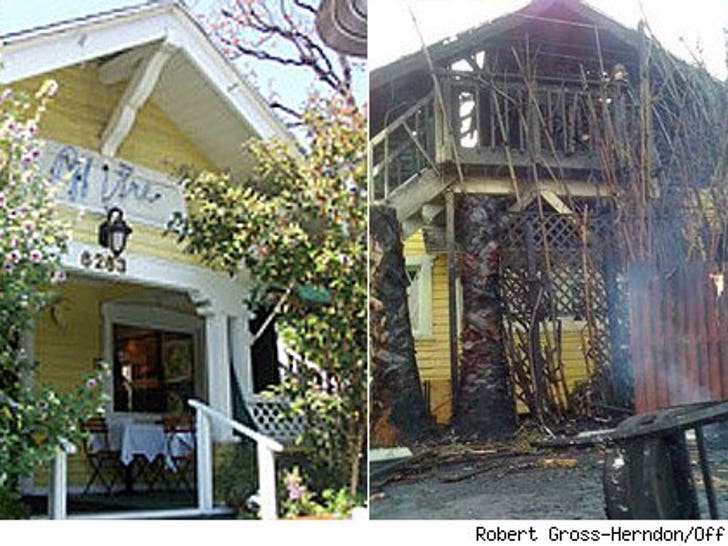 A fire burned down beloved Hollywood restaurant "Off Vine" yesterday. Did someone order well done? 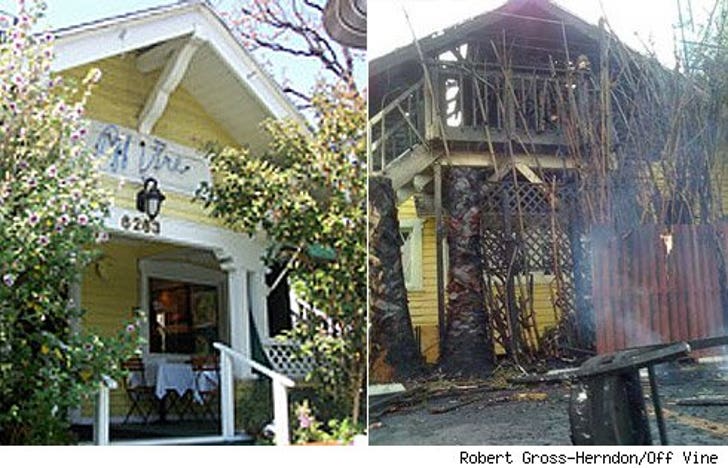 The converted old craftsman style house was a low-key Hollywood rarity that served up yummy eats minus the side of douchiness.

Fire Department spokesman Brian Humphrey says no diners or employees at the restaurant were hurt in Sunday evening's blaze, which was most likely caused by faulty wiring. According to a patron's account on LAist.com, while diners and servers got out safely, nobody warned the cooks that a fire had broken out and only later did a valet run back to get them. Talk about not throwing the cook a bone.