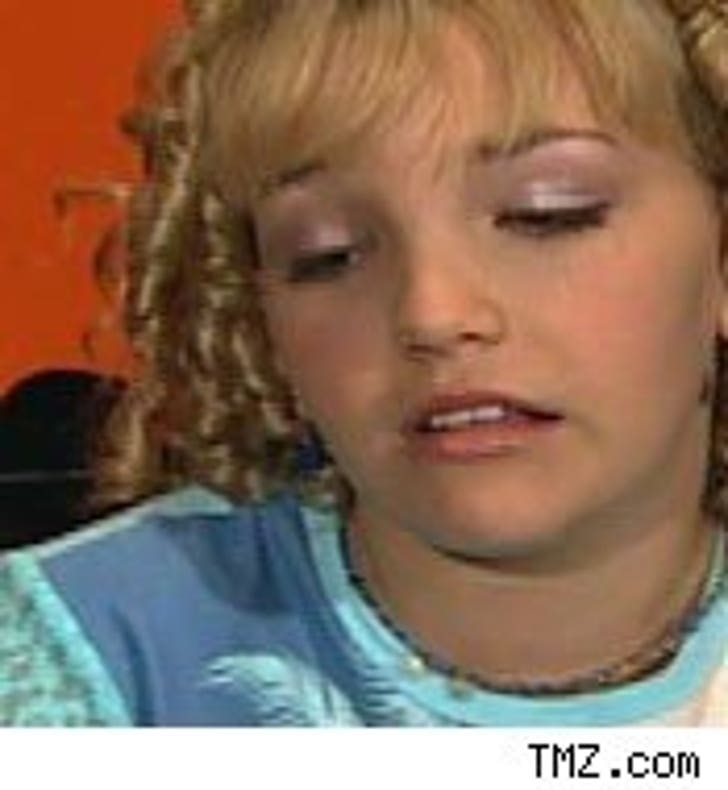 It was pretty much just like any other baby shower: a bunch of women, gifts, catered eats –- oh, and sheriff's deputies posted at the gate.

That's how Jamie Lynn Spears got showered Saturday in Kentwood, reports People, which also says there were paps in choppers overhead. There were about 30 guests invited, and Jamie Lynn "opened every gift" from them, sitting in a circle with everyone else.

Back in March, J-L had registered for stuff at Babies "R" Us.

Roger Clemens is either the greatest parser of accusation since Bill Clinton or he's digging himself a deep, perjury-filled hole.

In the Houston Chronicle, Clemens says he has "apologized" to his family for his mistakes – but he wouldn't say what he was sorry for. At the same time, he also says that his relationship with countrymess Mindy McCready has been "twisted and distorted far beyond reality" and is "utterly false."

Mindy said last week that she couldn't refute any of the public reporting on their relationship.

David's dad is not going to like this: Ex-"Idol" champ Taylor Hicks says that David Archuleta reminds him of a young Wayne Newton. As in "Danke Schoen" Wayne Newton.

Hicks –- whose career path has had about the same trajectory as a lead-filled balloon since he was on "Idol" – tells the Louisville Courier-Journal that David A. is "a young entertainer" and says there could be "ample opportunities" for him.

Taylor says he will be putting out a DVD of his pre-"Idol" performances and will be doing tours in Asia and Italy.

Oprah BFF Gayle King says that there's no feud between O and protégé Rachael Ray. "I know that's not true," said King on Ray's TV show last week. ... The "AI" top four – mobbed in the airport -- got the royal treatment from Vegas mayor Oscar Goodman and then went to hear "Love," the Beatles-Cirque du Soleil mashup, says Vegas Confidential. ... Joy Behar might call her a skinny white bitch, but Elisabeth Hasselbeck tells Fitness magazine she's come to terms with what she thinks is her big butt: "I've got some curves, I've got a bubble butt, but I don't mind."