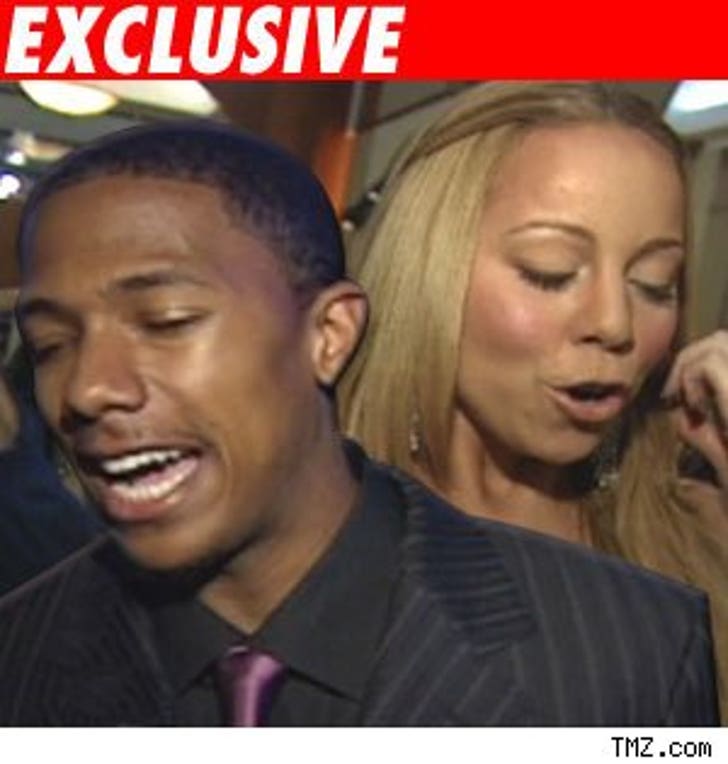 Apparently, there's no part of their "marriage" that Mariah Carey and Nick Cannon won't sell off to the highest bidder, including shots of their cheesy wedding reception at Magic Mountain.

When we called photo agency WireImage on Monday night, they told us that there were "absolutely" no pictures available of the party. But -- lo! -- what appeared before our eyes this morning but a whole buttload of snaps from the theme park.
People magazine, "ET," and now WireImage -- the dupes just keep on comin'. Just for the record, the couple's peeps denied us access to the shots. Of course they did.

UPDATE: The pics have mysteriously disappeared from Wire's website. They won't tell us why.