Good thing this guy dropped out of the race, cause we certainly don't need this brand of presidential "humor." 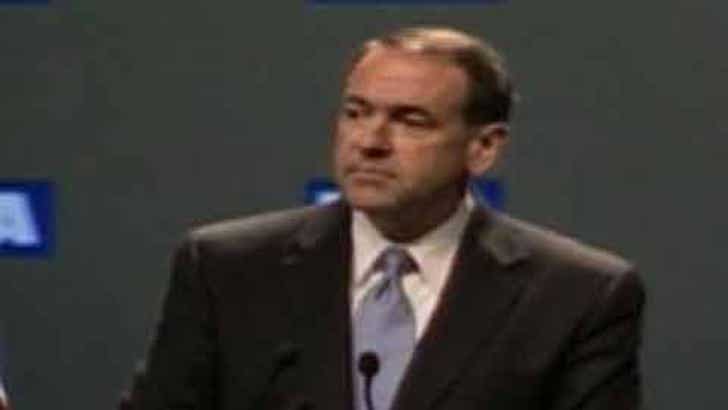 Former candidate Mike Huckabee was speaking Friday to the NRA, when there was a loud bang. Instead of continuing his speech, he aimed a joke at Barack Obama. *crickets*

Huckabee apologized for his "offhand remark," saying it was not "intended to offend or disparage Senator Obama." Obama, for his part, refused to comment.

Because what's funnier than killing a U.S. Senator?!