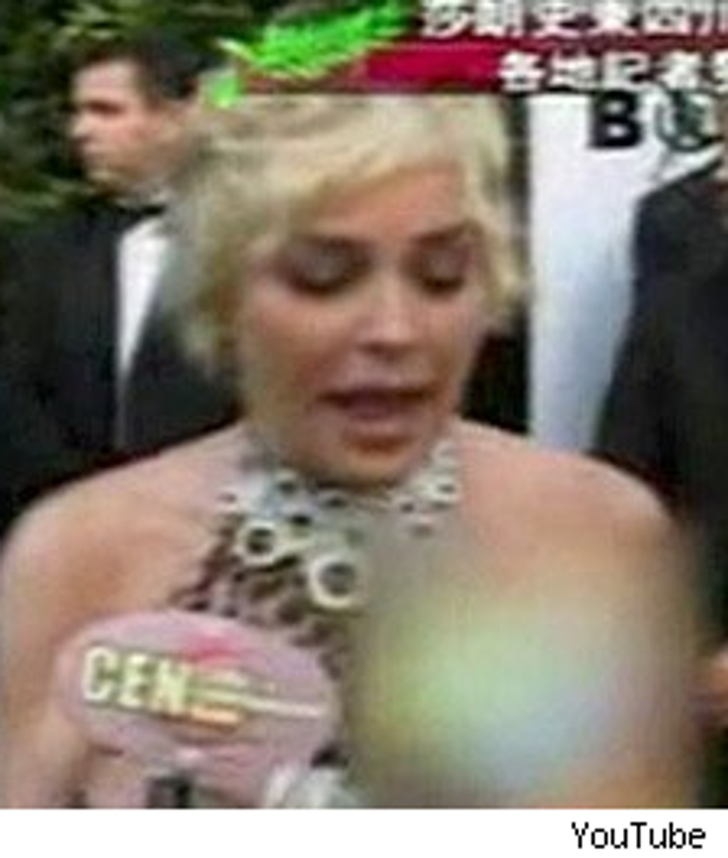 Looks like the Chinese will have to live without Sharon Stone's "Sliver" for a while: The biggest movie chain in China says it's banning her flicks from its screens after she called the horrific earthquakes there "karma" for past abuses.

Ng See-Yuen, head of the UME Cineplex chain, tells the Hollywood Reporter that Stone's ridiculous remarks were "inappropriate" and that actors should not bring personal politics to such a disaster that's killed tens of thousands and left 5 million homeless.

No word on whether the absence of "Last Action Hero" will cause widespread rioting in the streets of Beijing.