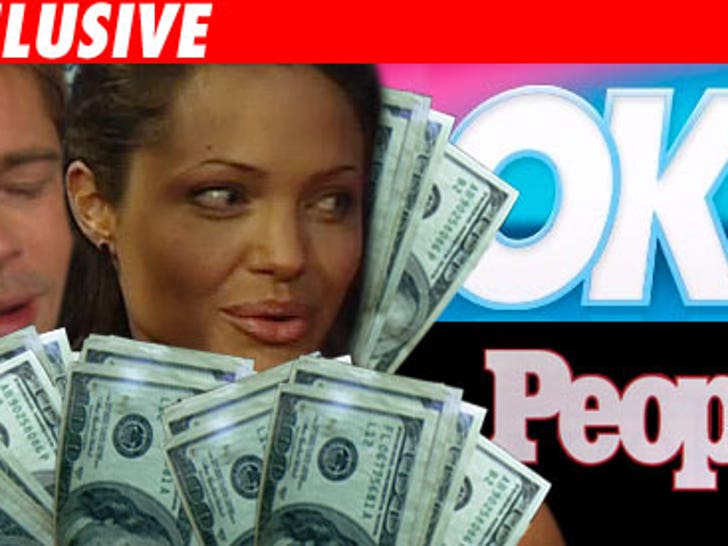 The bidding for the Brangelina twins pics has reached a whopping $15 million -- and will probably go a lot higher. 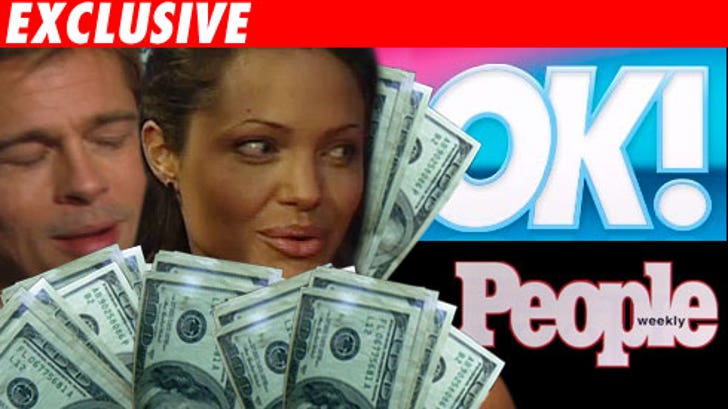 Our magazine spies tell us only PEOPLE and OK! are left standing in the bidding war. One spy says the pics are so valuable they would "print blank pages" the rest of year to get them.

Can a weekly mag actually recoup all that cash? Probably not, but it doesn't matter. The prestige is what counts.

No deal has been inked yet. Brad's peeps didn't return our calls. A PEOPLE rep says, "We'd love to see the photos in PEOPLE. We wish the family well" OK!'s rep refused to address a dollar figure, but admits they'd be "foolish" not to make a play for the photos.

We're told the $$$$ Brad and Angie get will go to charity.