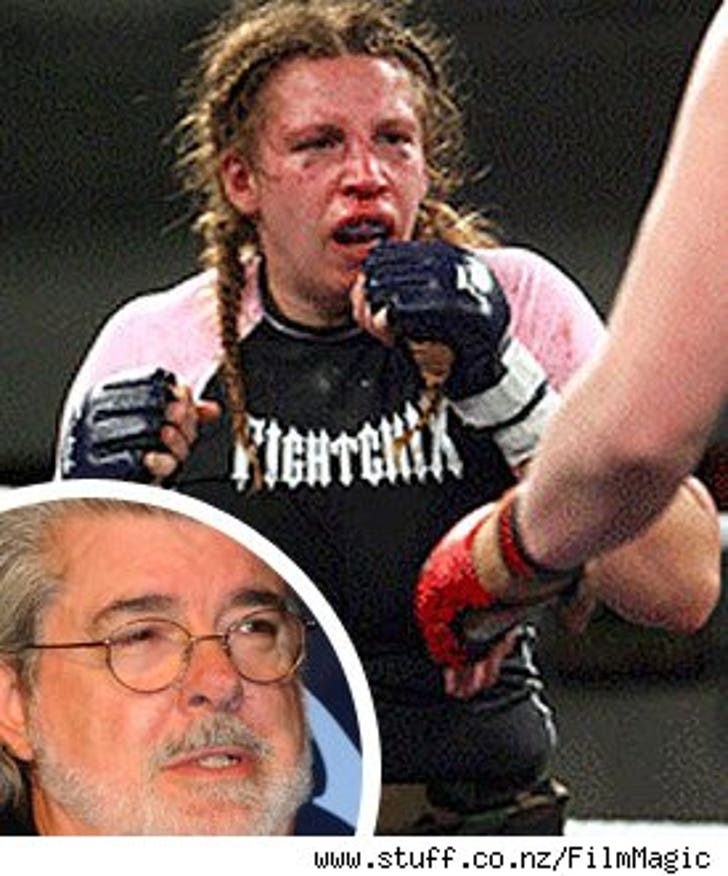 If you've ever wanted to go after George Lucas for ruining the "Star Wars" franchise, be warned -- his daughter will lay you out.

Amanda Lucas made her MMA debut in Auckland, New Zealand over the weekend, losing in one of ten fights as part of an event called Princesses of Pain -- which also accurately describes Natalie Portman's acting in "Attack of the Clones."

According to a fan at the fight who posted a comment on a local news site, Amanda's fight was "a total mismatch and she got badly beaten. To give Amanda her dues she kept coming back for more, but the ref in her corner should have stopped the fight after the first round."