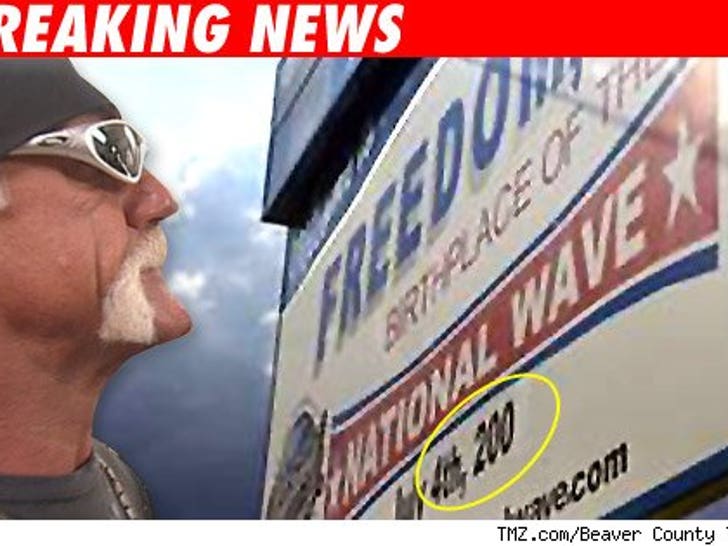 The charity that Hulk Hogan fronts -- and that Nick Hogan once worked for -- just had to pull the plug on their big Fourth of July event because ... well, take a wild guess. 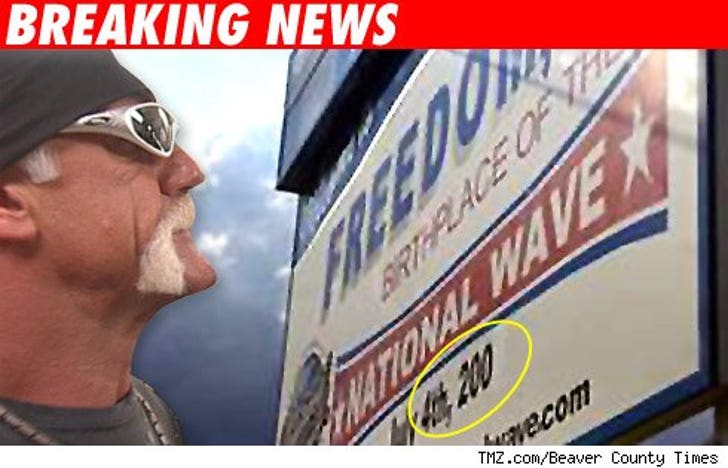 The Freedom Group just 86'ed the 2008 "National Wave" -- which apparently involved a bunch of people across the country waving towels in unison at 9:00 PM on July 4 -- and blamed the Hogans. "We didn't want people entangling us into some soap opera," said Sean Chumura, one of the guys who set up the Wave, to the Beaver County (Pa.) Times. Chumura, you may remember, testified on Nick's behalf at his sentencing.

As for the Hogans, they tell TMZ, "We remain very supportive of The National Wave and look forward to participating in the event."

Hogan's manager, Darren Prince, tells TMZ Chumura and the Freedom Group "believe and love Hulk and decided it would be best to postpone the event." Also, he says the "soap opera" Chumura referred to was the "media and paparazzi that would show up purely to ask about his personal life and not the event at hand."