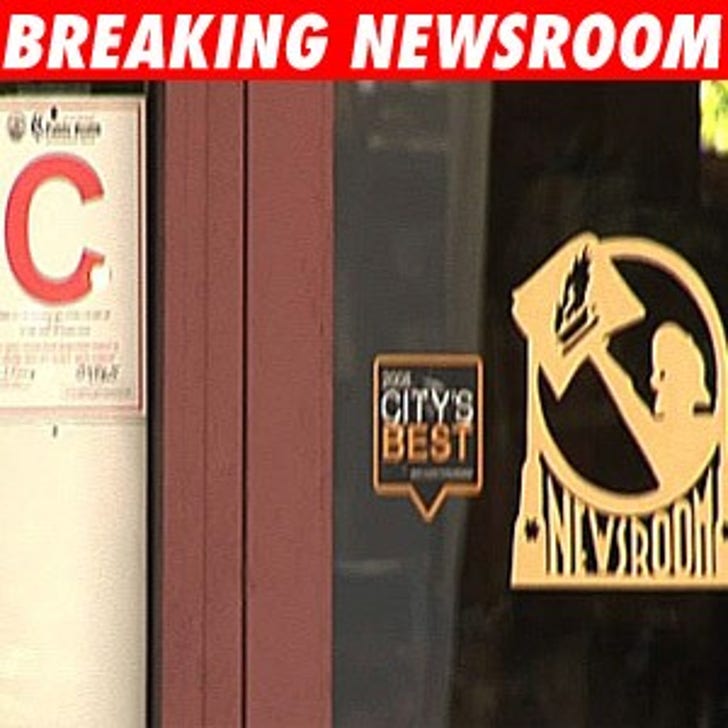 So the Newsroom Cafe -- where Lindsay, Jeremy Piven, Lenny Kravitz and Kim K. hang -- claims the City Health Department gave them a C grade (which, by the way, is wretched) because the refrigerator was a few degrees off. They forgot to mention a few other things, like mold.

We got hold of the inspection report. Among other things, the city found mold inside the ice machine. Glasses on the bar had gnats that went in for a landing. Some of the shelves were dirty. The waiters' counter had paint chipping off. And restaurant workers were placing cut watermelon in the sink.

As for the fridge -- problems with potatoes, feta cheese and the meat drawers.