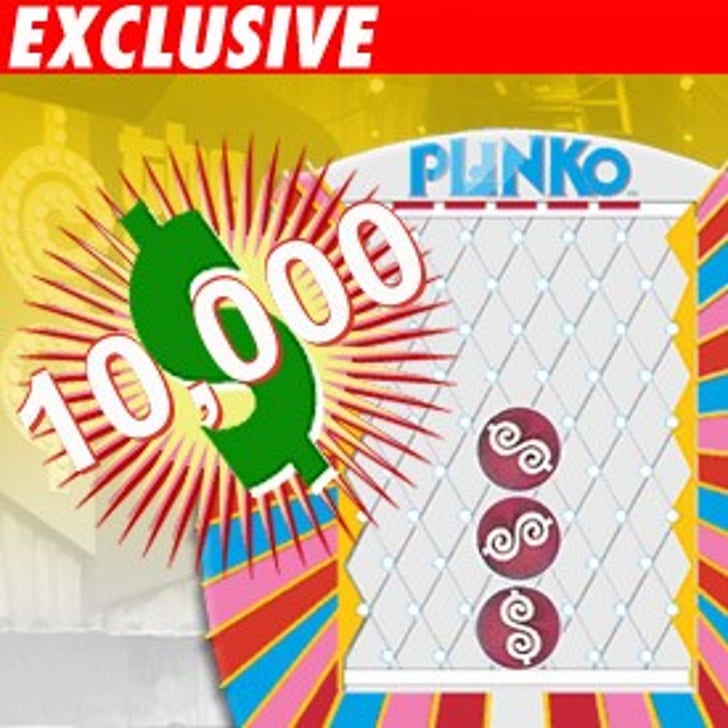 Come on down! You're the next producer to get spayed or neutered!

Big wigs at "The Price is Right" can't be too happy after a malfunction with the Plinko game last week cost the show over $30,000.

According to multiple TMZ sources, the show's famous Plinko game had been rigged to hit the $10,000 slot for a commercial they were shooting on set for the "Price" video game before the taping. After the commercials were done, however, some bonehead forgot to reset the game. And that's when it got interesting for one contestant.

When a woman who won the chance to play Plinko started dropping her chips, they each landed in the $10,000 slot! It wasn't til she hit it -- for a third time -- that producers figured out what was going on, stopped rolling tape and explained the mishap to the poor contestant. Then they took all her chips and started the game over! Where's Bob Barker when you need him??

With no assistance from the rigged game, she only won a measly $3000. The show, not wanting to screw her out of some serious cash, decided to give her the $3k plus the $30k she had already plunked. Lucky bitch!

Sadly none of us will get to see her win -- we're told that footage was cut from the show and will not air. And for you "Price" freaks, the video game comes out in September. Now you don't have to call in sick to watch!