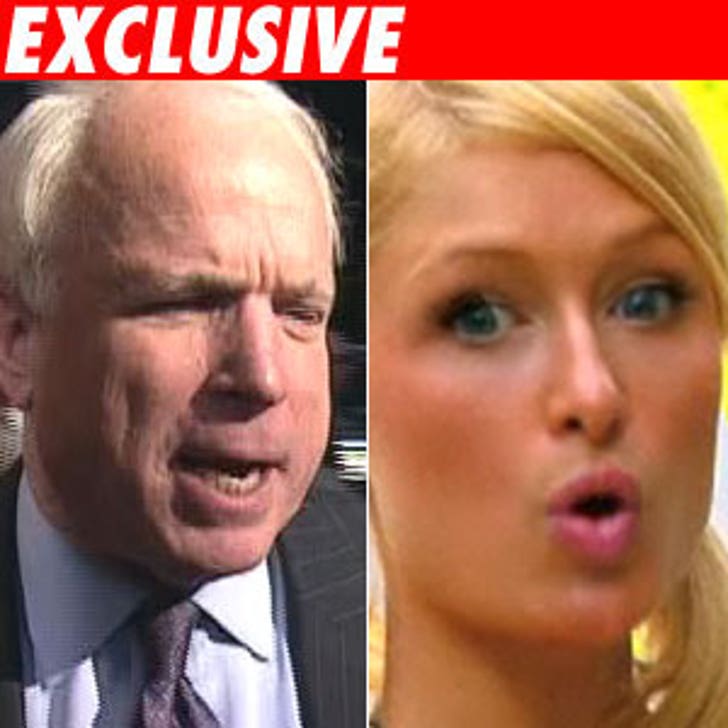 In the unkindest cut of all, McCain's spokesperson Tucker Bounds tells TMZ that on the subject of energy, Paris is deeper than Barack. He says, "Sounds like Paris is taking the 'All of the Above' energy approach that John McCain has advocated -- both alternatives and drilling. Perhaps the reality is that Paris has a more substantive energy plan than Barack Obama."