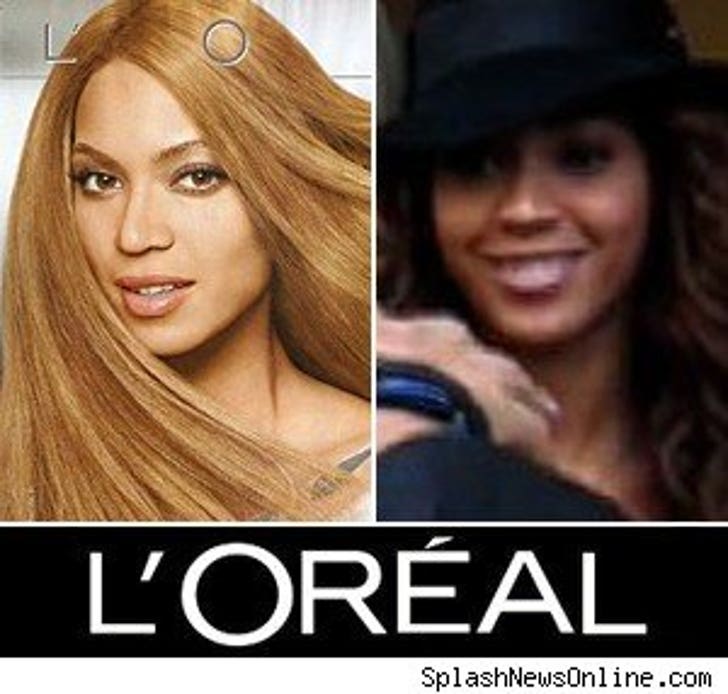 Beyonce, or L'Oréal for that matter, probably had no idea that an ad for hair color would cause so much controversy. I am an African-American woman and I work for TMZ. Yes, TMZ hires Black people.

I saw the new L'Oréal ad a few days ago, and it struck a nerve. There's still a stigma of Black celebs acting "too Black." This ad re-enforces that negative portrayal.

Why can't a powerful, talented African-American woman be celebrated for her natural beauty? L'Oréal claims they didn't change Beyonce's appearance, but who are they fooling? L'Oreal obviously wanted to make Beyonce look White.

The L'Oréal ad is disrespectful and dismissive to the Black community. And L'Oréal's explanation is lame.

My name is Nina and I approved (and wrote) this message.