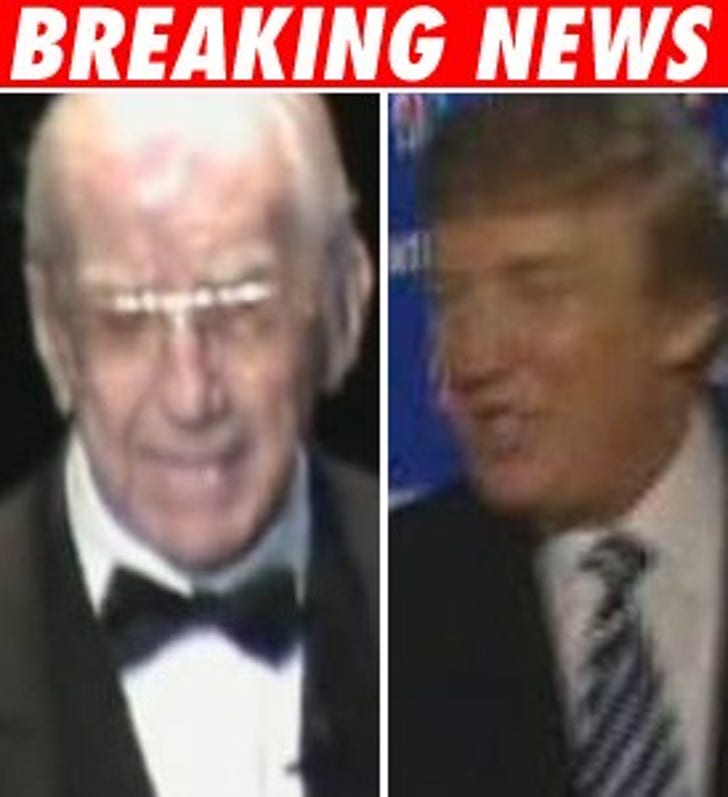 With all the money he's saved from firing people, Donald Trump may be bailing out Ed McMahon.

Trump has agreed to buy Ed's Bev Hills mansion, which McMahon is about to lose, and lease it back to him so Ed has a place to stay -- according to the L.A. Times.

We've confirmed Alex Davis of Hilton & Hyland, a top Bev Hills real estate firm, flew to NYC and made the appeal to The Donald.

According to the newspaper, Trump said, "When I was at the Wharton School of Business...I'd watch him every night. How could this happen?"

Unclear how much Donald will plunk down. The house was listed a while back for $7 mil but the asking price fell like a rock -- this weekend it was listed for $4.6 mil.