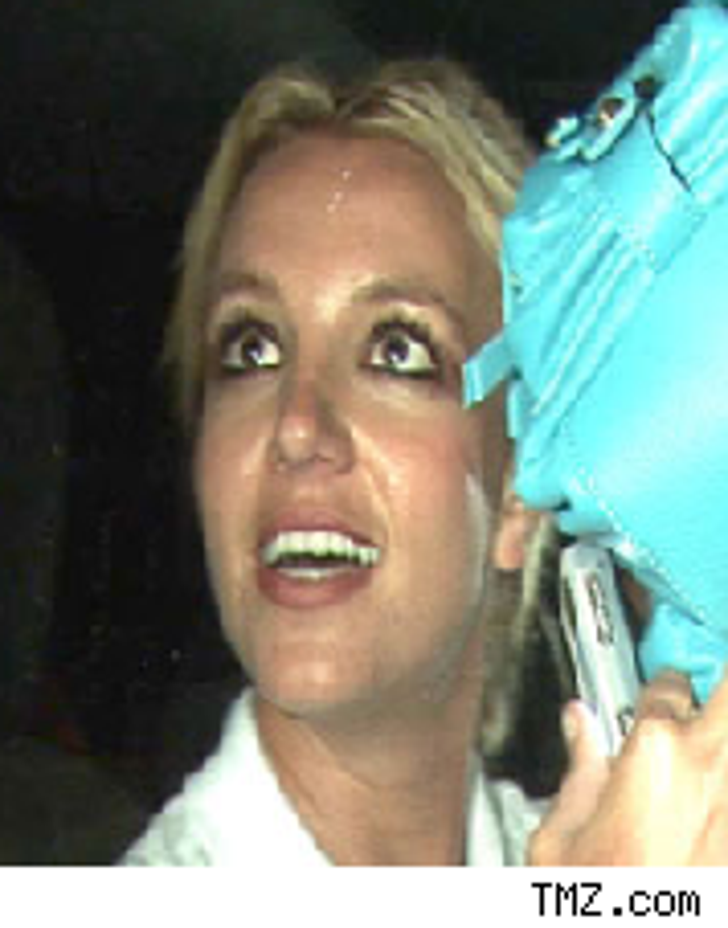 Or not: Anyway, Britney Spears is going to appear on the MTV Video Music Awards after all, despite all the denials from her camp over the last few weeks. She's not going to sing or dance (baby steps), but MTV says she's got something "fun" planned, and that she'll open the show.

"How can I not be there to kick off their 25th VMAs?" she asked in a statement to Us.

Jamie Lynn Burps Up for Bristol

Unwed teen moms are doin' it for themselves.

17-year-old teen mama Jamie Lynn Spears sent burp cloths from Petit Tresor to 17-year-old teen mama-to-be Bristol Palin, with a note reading "Dear Bristol: Hang in there!!!! XOXO." And buns in their young ovens isn't the only thing J-L and Bris have in common.

Has anyone noticed how similar Casey and Levi are? Switch the four-wheeler with a snowmobile, and they're the same dude.

It was David with the tadpoles in the Playmate after all.

David Spade is the father of a baby girl born last week to his once-galpal Playmate Jillian Grace, his rep tells People. "David and Jillian have been in close contact throughout her pregnancy and he plans to go see the baby during his first break from shooting 'Rules of Engagement,'" says his rep.

The baby was born Aug. 26, and he said all along he would help the kid if it turned out he was the daddy.