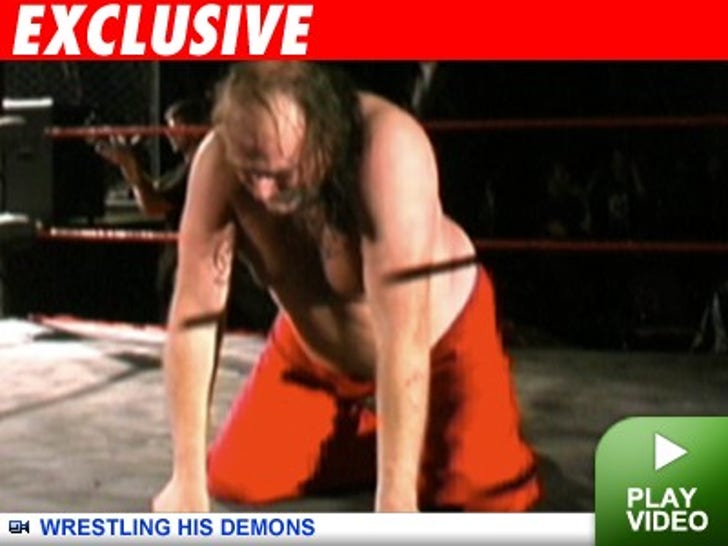 Forget everything you knew about wrestling legend Jake "the Snake" Roberts -- all that appears to remain is Jake the Junkie. 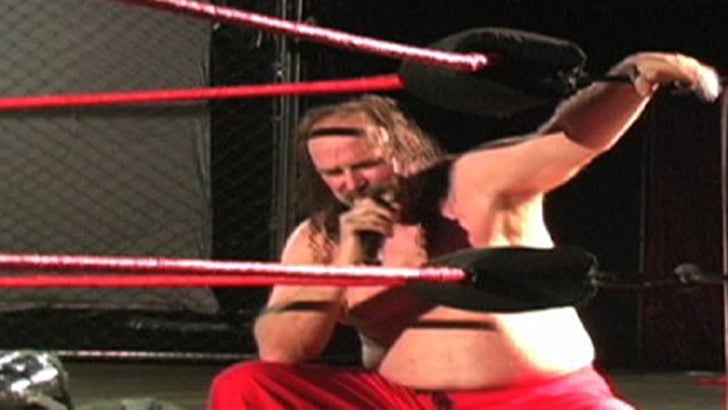 TMZ has obtained extremely disturbing footage of the former WWF superstar -- and former substance abuse rehab patient -- self-destructing during a live benefit event in Ohio over the weekend.

The footage shows a stumbling, overweight, rambling Roberts struggling to form a coherent sentence, while addressing the crowd moments before his match in the Firestorm Pro Wrestling league.

But the story behind the scenes is even more tragic. According to several sources, the 53-year-old legend was found passed out backstage moments before he was scheduled to perform. We're told when Snake was woken up, he was aggressive, violent and asking for "an 8-ball."

During the match, Roberts was clearly unable to perform, barely responding to the barrage of "fake blows" he received from the other wrestler, J.T. Lightning. Around one minute into the match, Roberts' opponent -- clearly frustrated with the situation -- whispers to the ref to end the fight. Afterwards, Lightning grabbed the mic and told Roberts, "I've wrestled drug addicts ... you are a piece of s**t, Snake. You gypped these people. F**k you." 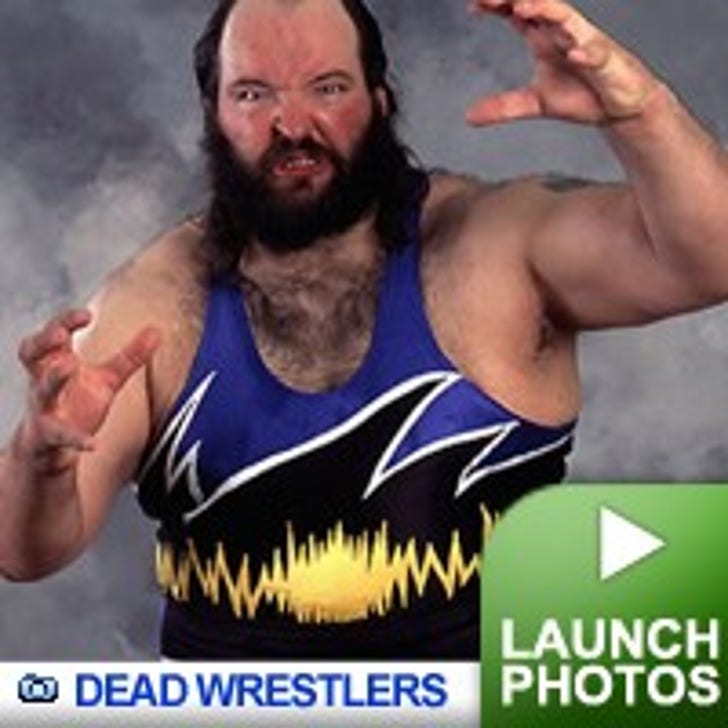 After the verbal assault, Jake pulled down the front of his pants and exposed his penis to the crowd.

Backstage, the madness continued. People close to the situation tell us Snake broke his hand punching a wall, then ran into the street crying. An ambulance and police were called to the scene, but Roberts, who refused medical treatment, was not arrested.

Calls to Jake's rep have not yet been returned.