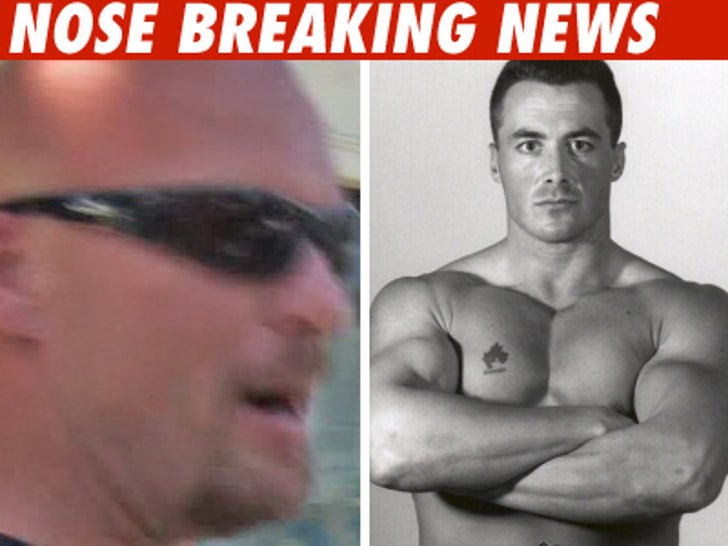 Stone Cold Steve Austin stomped a mudhole in some guys face last week -- giving an MMA fighter two black eyes and a broken nose -- but the whole thing was a giant accident. 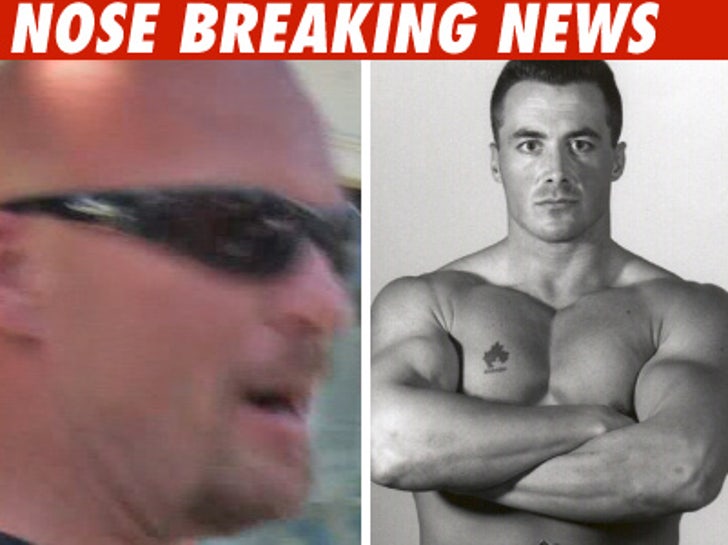 Lazenby bled for 20 minutes while medics tended his wound. There was no retaliation from the fighter though -- Lazenby chalked the whole thing up as a freak accident.