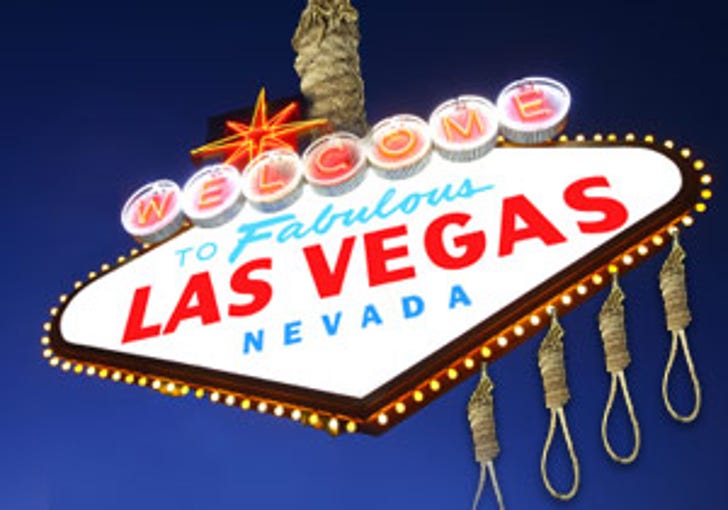 Las Vegas is scientifically proven to make you want to kill yourself -- and shockingly, it has nothing to do with the Carrot Top show.

People who visit Sin City are twice as likely to off themselves as those who just stay home, says a new Temple-Harvard study examining suicides between 1979 to 2004.

And the news is even worse if you actually live in Vegas: You're 60 percent more likely to commit suicide than other Americans.

In case you were wondering if it was the people or the city -- suicide risk goes way down when people leave.