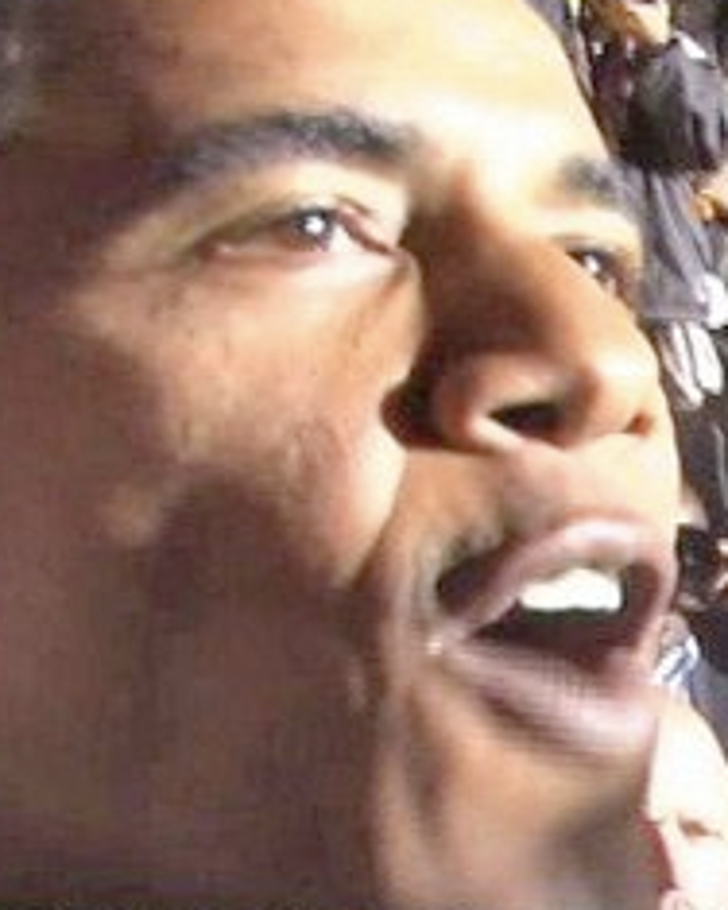 Barack Obama has been keeping a secret from the American public ... and it's right there on top of his head.

BO's Chicago barber Zariff (just one name) says the Prez-elect's head of hair isn't quite as silvery-gray as it might appear in high-def. "When we see it, it looks very silvery and shiny," the scissorhand tells Us. "But of course when you see him in person, it doesn't look like that."

He's not making any assurances about Barack once he does his thing in office.