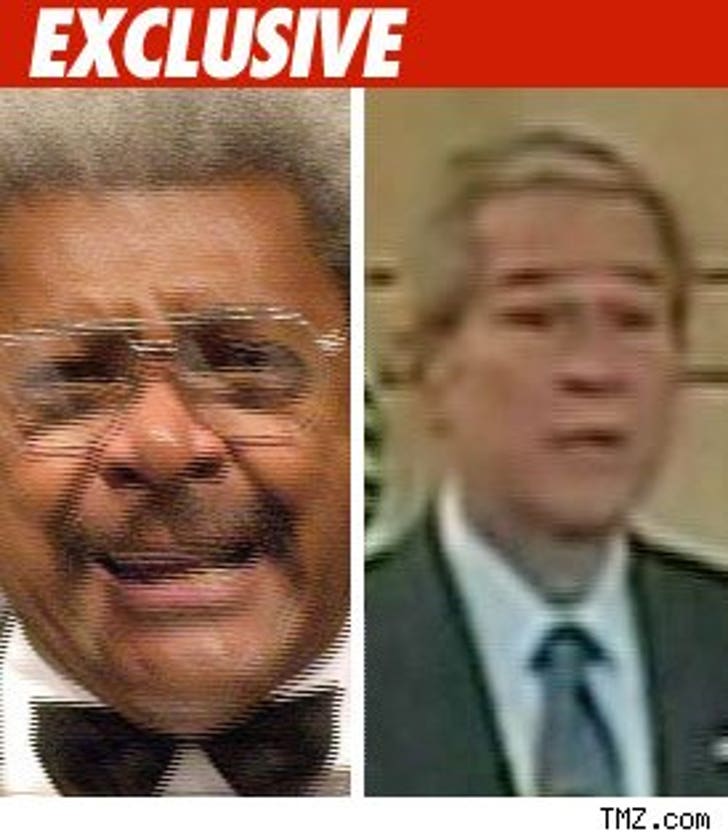 He bobbed and he weaved -- from footwear -- and now Dubya is getting props from Don King!

The boxing guru was so impressed with Bush's shoe evasion tactics over the weekend, that he gave a statement to TMZ saying, "Bush has unbelievable reflexes ... he can stick and move like a boxer!"

King, who is currently in the middle of a huge charity event in Florida, even came up with a trademark rhyme -- calling the duck-and-move, "Aggression but with protection."

Hell, if Stallone could get back in the ring at 60, Bush might have a second career!