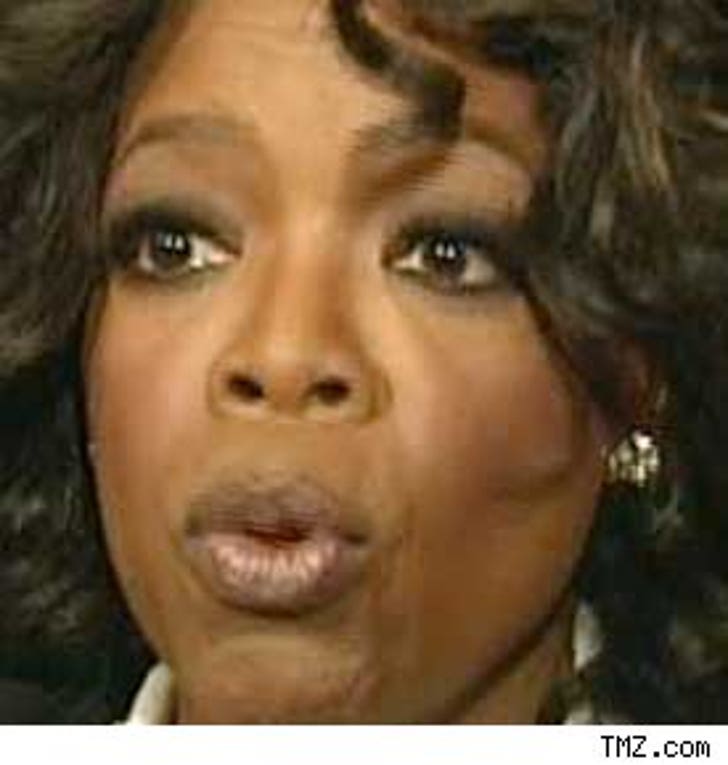 Looks like we know just how close Oprah Winfrey's going to be with the Obamas.

She didn't have the big bash everybody (except us) said she was going to do, but O did get a chance to party with the Os at the White House, reports the Chicago Sun-Times. After the Prez and First Lady ditched the last Inauguration ball at 12:45 a.m., they went back to their new house for a spot of champagne with a very exclusive group -- including Ms. Winfrey.

As for why O.W. didn't have this rumored party, Gayle King says it was because there was too much other stuff going on.