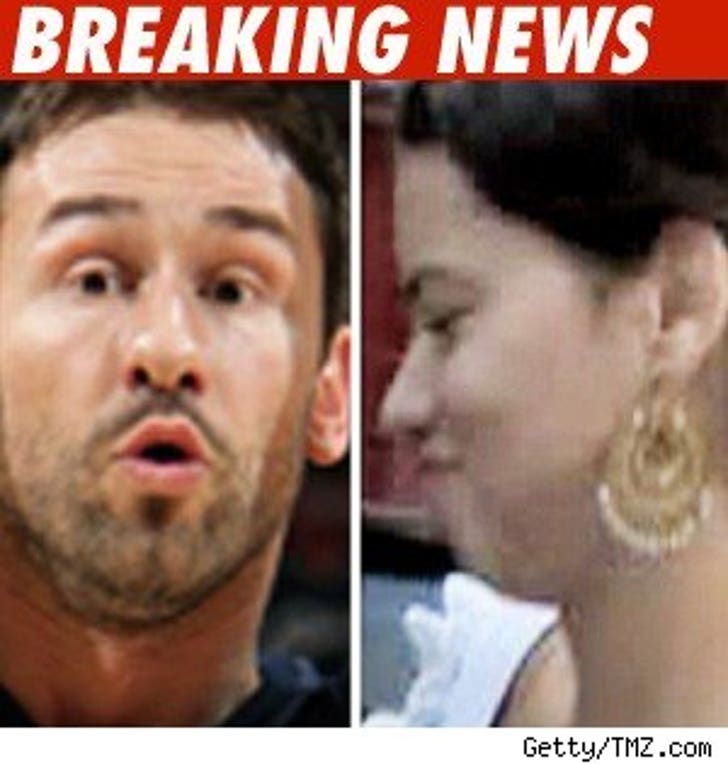 UPDATE 5:14 PM ET -- Marko Jaric's lawyer claims his client is officially off the hook -- he's released the following statement: "I received official word from the Philadelphia District Attorneys office that after a thorough investigation no charges will be filed against my client, Marko Jaric, in connection with the alleged incident with an unnamed female on February 11, 2009 while his team was in town to play the 76ers.

Persons in Marko's position are often the target of malicious statements and it is not unusual for the police to be asked to investigate. However, these allegations were proved to be completely false, and while Marko is extremely unsettled by these accusations, he is happy that the law enforcement authorities have cleared him of any criminal conduct and the issue can now be put to rest."

Marko Jaric, the basketball star who just married supermodel Adriana Lima, is under investigation for sexually assaulting a woman in Philadelphia, this according to Sports Illustrated.

The alleged assault reportedly went down when Jaric was in Philly to play the 76ers last Saturday.

Marko's rep tells TMZ, "These accusations are 100% false and untrue. All high profile couples fall victim to these sort of things through the course of their relationship. Marko and Adriana are very much in love and happily married. The couple knows that there is absolutely no merit whatsoever to these crazy and unfounded allegations."