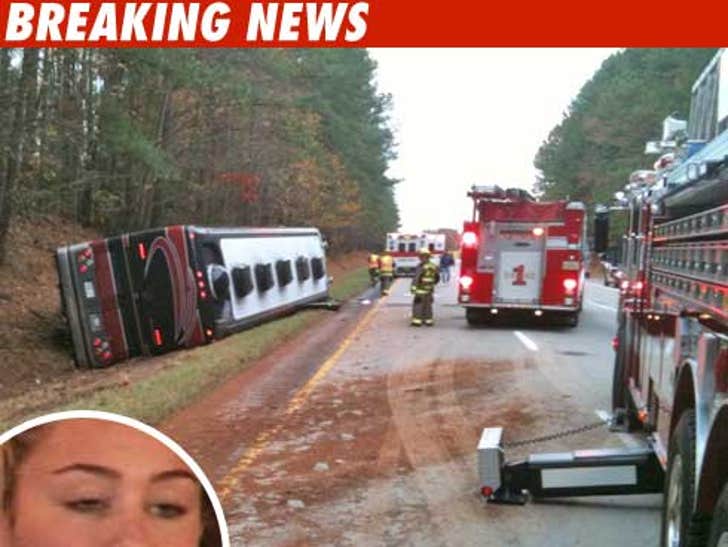 UPDATE: Miley was not in any of the vehicles that were traveling in the caravan.

Miley Cyrus
' tour bus driver was reportedly killed last night after one of the buses in her 4-vehicle caravan flipped over on a highway in Virginia. 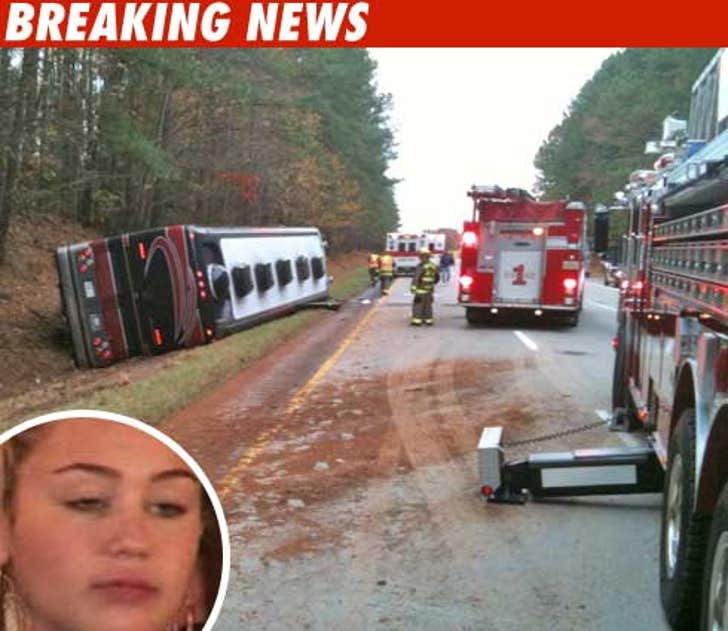 Officials also confirmed the driver of the bus was the only fatality -- one other person was transported to a local hospital due to injury.

Officials are investigating whether the driver died before the crash or after -- which could explain why the bus drifted off the road. Officials also tell us the roads were really wet from overnight rain. A man at the scene says the bus appears to have drifted off the road for a fairly long stretch before tipping over.

A reporter from WTVR.com was on scene and shot footage of the wreckage.