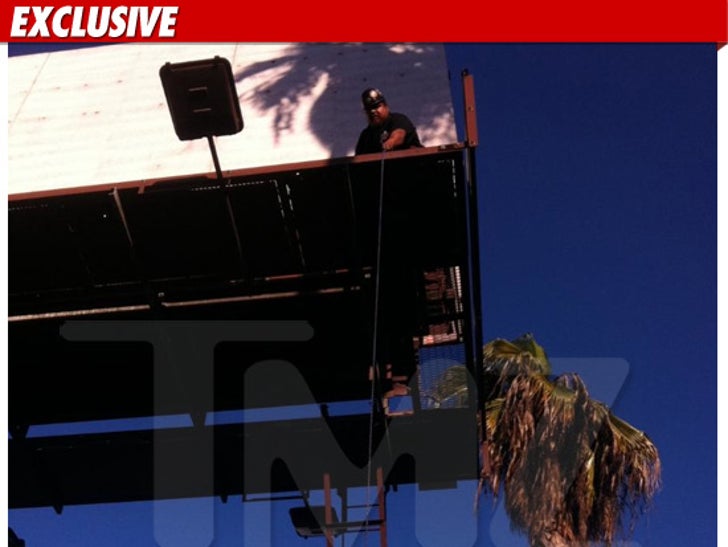 A billboard company just ripped down a Sunset Blvd. sign that had been tagged by Academy Award nominee Banksy -- just a few short days after the legendary graffiti artist touched it up in the first place. 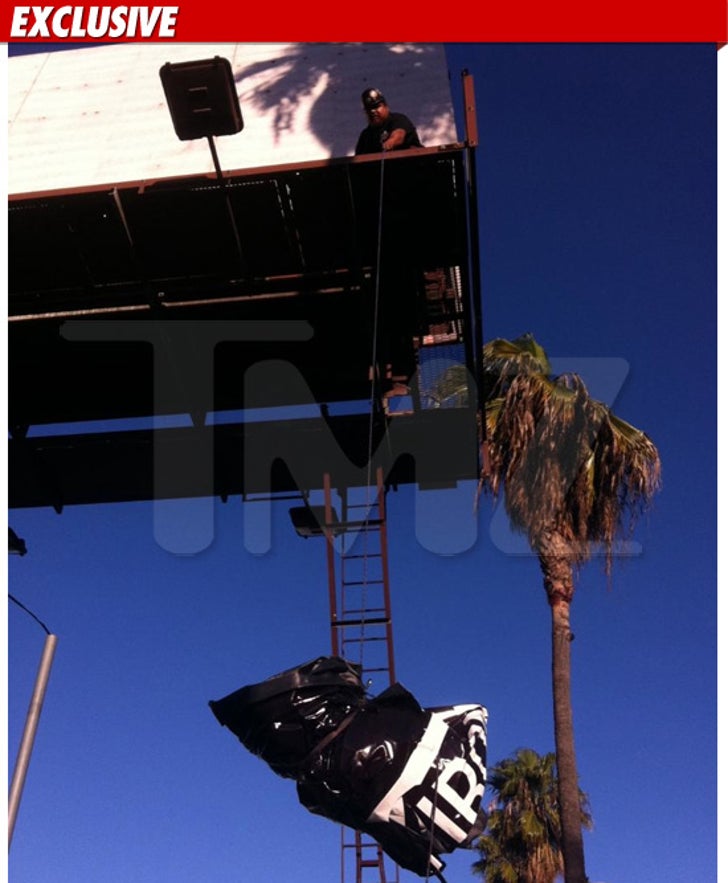 The Mickey Mouse inspired artwork -- which mysteriously appeared a few days ago -- was just taken down ... but no one at the scene will tell us why. 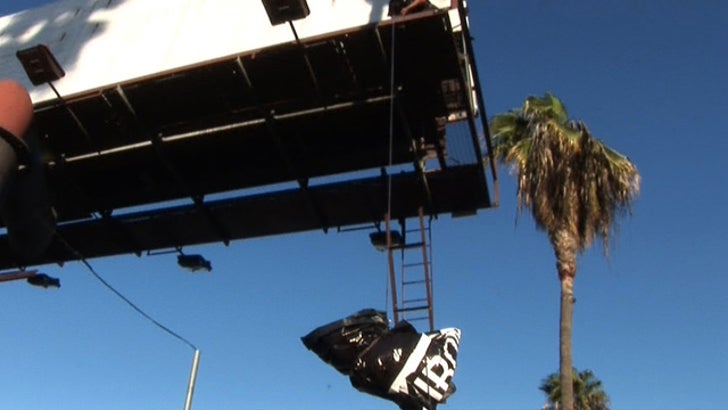 We're told employees at the gas station directly below the billboard offered to pay $10,000 for the artwork -- but the billboard company refused.

UPDATE: A physical altercation just broke out over the sign -- cops have responded to the scene. 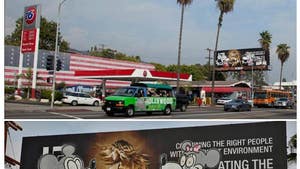