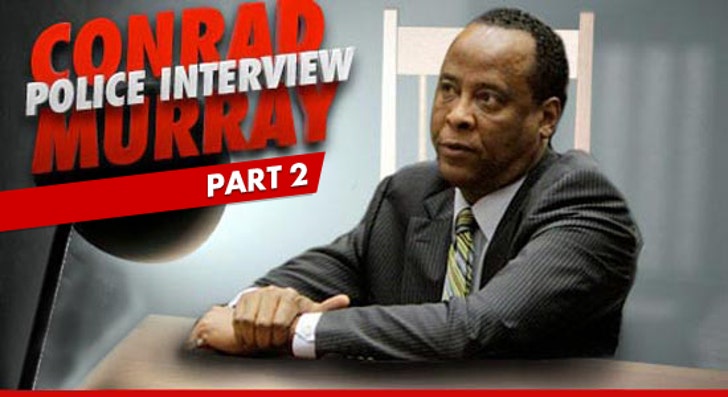 * Murray told detectives the children "cried and cried and cried" when he broke the news that MJ died.
* Paris said, "Dr. Murray, you said you save a lot of patients. You know, You save a lot of people with heart attacks, and you couldn't save my dad," Murray told investigators. 'I know you tried your best, but I'm really sad. You know, I will wakeup in the morning and I won't be able to see my daddy."
* Murray said the children insisted on seeing MJ's. While MJ's body was being prepared for viewing, the rest of the family began trickling in.
* At a particularly emotional moment, Murray recounts how he held Katherine's hand when a member of the family asked, "Do you know why he died." Murray said, No.
* According to Murray, Joe Jackson never showed up to the hospital.
* At around 4:30 pm Murray said he walked over to a different wing of the hospital to help the family lawyers draft a press release. This could explain why hospital surveillance cameras caught Murray leaving the emergency lobby two hours after the singer was pronounced dead.
* Murray told detectives Michael never told him he was seeing other doctors ... but he knew he was. He said MJ would leave Dr. Arnold Klein's office "basically wasted and would required 24 hours for recovery."
* Near the end of the interview, Murray tells detectives where they could find his medical bags. They say he seemed "surprised" to learn detectives had not already recovered the items.