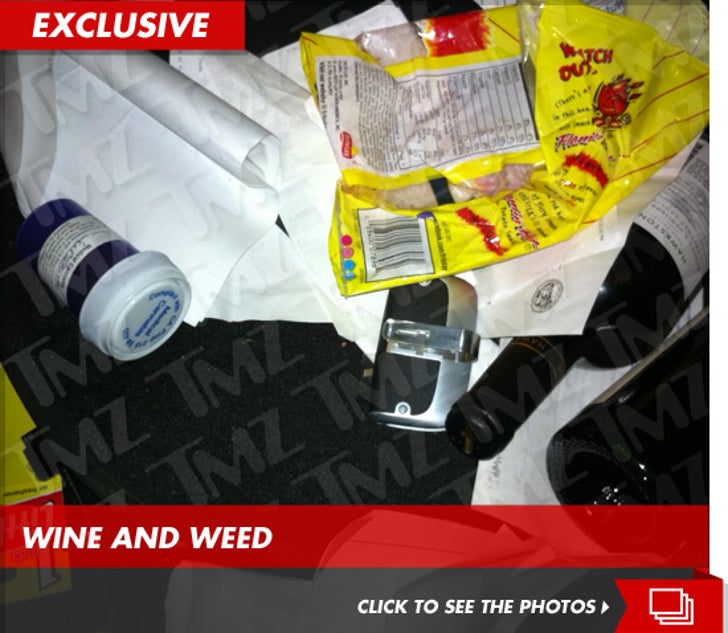 Conrad Hilton -- Paris Hilton's 17-year-old brother who crashed into a parked car last weekend -- was driving with wine bottles, zig zag papers and a bottle of medical marijuana in his vehicle.

TMZ broke the story and posted surveillance video of Conrad slamming into the car in Brentwood, CA., at 12:45 AM Saturday, after leaving a nightclub in West Hollywood.

Hilton left the scene after exchanging information before cops arrived on scene. Cops told TMZ Hilton would not be cited or arrested. And Hilton's dad, Rick, told TMZ the accident occurred as his son tried to avoid a dog in the road.

But now we've obtained photos of Hilton's car after the crash, which show a bottle of medical cannabis, zig zag papers and 2 unopened wine bottles.

A neighbor who was first on the scene tells TMZ ... "He was taking a piss in the driveway of my neighbor ... he said, 'I'm sorry sir. I am drunk and I have done a very stupid thing.'" The neighbor adds, Hilton pleaded for him not to call the police or his parents.

The neighbor says he asked Hilton why he was driving drunk, and he said, "Because I'm a f**k-up. You cannot call my parents. They're on vacation, I'm 17 and out past curfew."

The neighbor says Hilton "smelled of weed and alcohol and his eyes were bloodshot."

And there's this ... The neighbor says Hilton dangled his wrist in front of him and said, "See this bracelet. It costs $11,000. I can pay for everything." Another neighbor confirmed the story.

The neighbor says someone in a BMW came by, picked Hilton up, and drove away.

Cops tell us ... there's nothing they can do once someone leaves the scene, because there's no way of proving the items inside the car weren't placed there after Hilton left. As for Hilton leaving, cops say he did so legally, because he left the appropriate identifying information.

See surveillance video of the crash below: 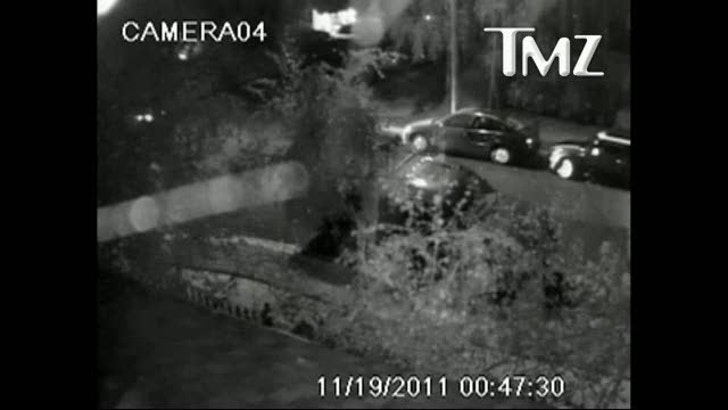