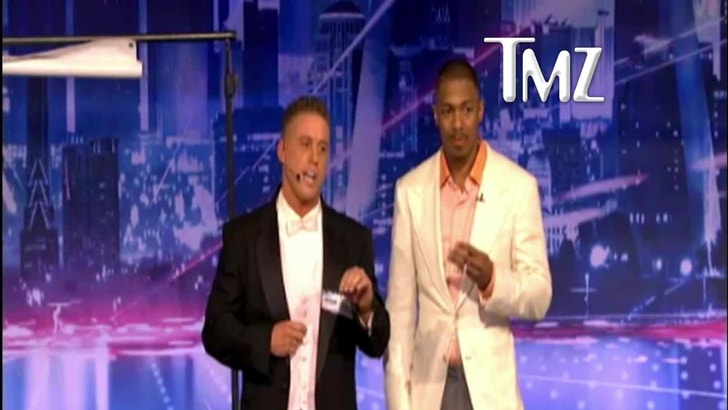 Howard Stern's first night on "America's Got Talent" started off with a bang ... he was articulate ... he was funny ... and he totally made fun of a male stripper for having a small wiener.

Howard entered the "AGT" studio in Los Angeles to a thunderous ovation ... impressed with a series of real, thoughtful critiques. He even had a touching moment with a father-daughter act ... praising them after an emotional performance.

But not everyone got a piece of Howard's nice side -- some stripper magician guy tasted some of Stern's wrath after what could only be described as a terribly disappointing performance.