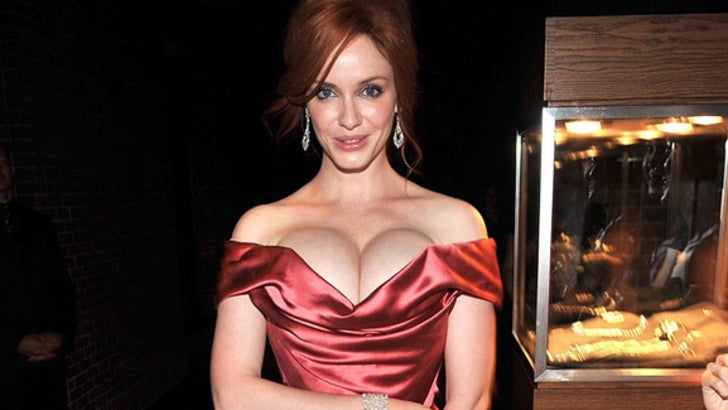 A buxom Christina Hendricks graces the cover of a magazine where she allows herself to be undressed ... figuratively.
From The Hollywood Reporter: "As her character Joan's decision to accept an indecent proposal in order to become partner at the firm has ignited a national dialogue, the actress talks to THR about her own journey to the top.
A Knoxville, Tenn.-born actress whose dreams of stardom date to her theatrical debut as a 9-year-old in a Twin Falls, Idaho, staging of The Best Christmas Pageant Ever, Christina Hendricks, 37, started as a trained ballerina who first dyed her blond locks red after reading Anne of Green Gables at 10.
After nearly a decade spent modeling for catalogues and fashion magazines, Hendricks began filling her résumé with smaller roles in such TV projects as the late Brandon Tartikoff ’sBeggars & Choosers, ER and Joss Whedon's Firefly."
Click through for photos of her journey.