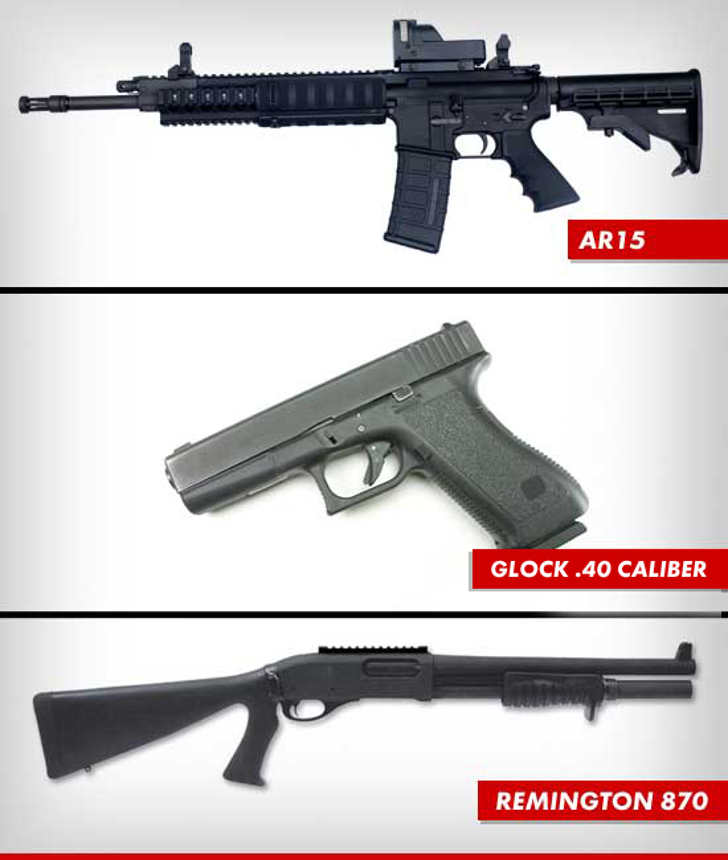 James Holmes used 3 different kinds of guns during his assault on a Colorado movie theater ... including a high power assault rifle.

The Aurora PD says Holmes was in possession of an AR-15, a Remington 870 shotgun and a 40 caliber glock handgun when he was arrested this morning.

Cops say they found another 40 caliber glock in the shooter's car, located right outside the movie theater.

An AR-15 is a semi-automatic weapon ... capable of firing off hundreds of rounds per minute.

Below is a video of someone demonstrating the firing power of the AR-15 -- a civilian version of the M-16 assault rifle.