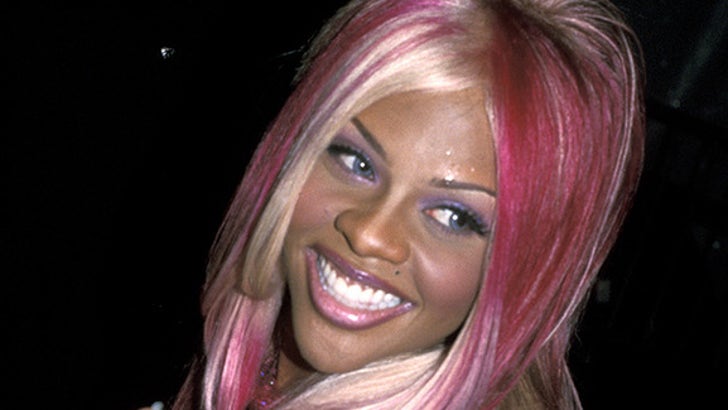 Remember when Lil' Kim looked like Lil' Kim?!
From BuzzFeed: "Follow Lil' Kim's plastic surgery journey from her origins as a young rapper in Brooklyn to a dancing star in California. Hold on to your seats!" Now check out the photo!
In 2005, Lil' Kim served a yearlong prison sentence for lying to a jury about her friends' involvement in a shooting four years earlier. During her incarceration, her fourth album The Naked Truth was released. Lil' Kim returned to the public spotlight in 2009 with an appearance on Dancing with the Stars.