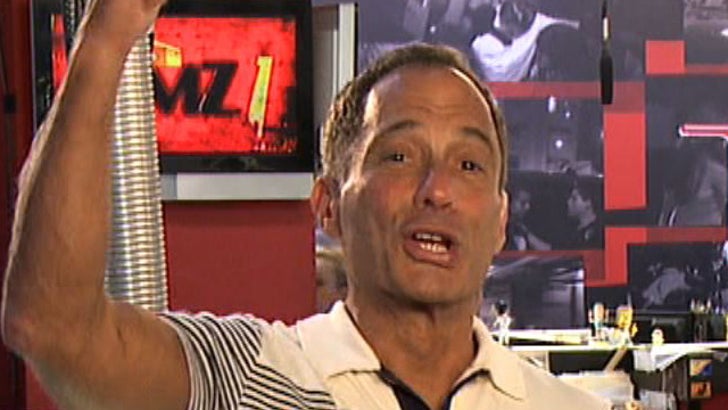 Rihanna stole the VMAs ... in all the worst ways. First off ... she hugged, kissed, and then lovingly rubbed Chris Brown's head. Then appeared to mouth the word a**holes when Drake, Nicki Minaj, and Lil Wayne walked by. And we think it's a gigantic attention grab.
Plus, Simon Cowell's master plan is now in focus with Khloe Kardashian is about to sign on as the new host of "X Factor." We now know Simon's M.O.
And, what is the funniest movie of all-time? A scientific study may have proven Harvey right once-and-for-all.

(0:00) Rihanna showed the world that she still cares about the dude who beat the crap out of her -- when she hugged, kissed and the lovingly rubbed Chris Brown's head at the VMAs.
(10:00) We found out that Kanye West has been secretly rapping about Kim Kardashian for years.
(13:45) President Obama did well last night -- but Bill Clinton was still the big winner. Plus, you have to see the cut-aways from Obama's speech ... especially the lady showed during the abortion segment.
(18:00) Adrienne Maloof's divorce is getting nasty -- Paul Nassif claims she physically attacked him.
(21:00) Drew Carey gives a terrible excuse as to why Bob Barker was snubbed at the "Price Is Right" 40-year anniversary.
(24:00) Khloe Kardashian is in line to be the next judge on the "X Factor." Harvey finally gets Simon Cowell's master plan.
(30:00) Prince Harry was deployed to Afghanistan -- but the Royal family says it has nothing to do with his naked Vegas pics.
(34:00) Kristen Stewart walks her first red carpet since the cheating scandal -- and looked amazing ... other than her bare feet.
(38:00) What's the funniest movie of all-time? A new study may have proved Harvey right.
(43:00) We take your calls!