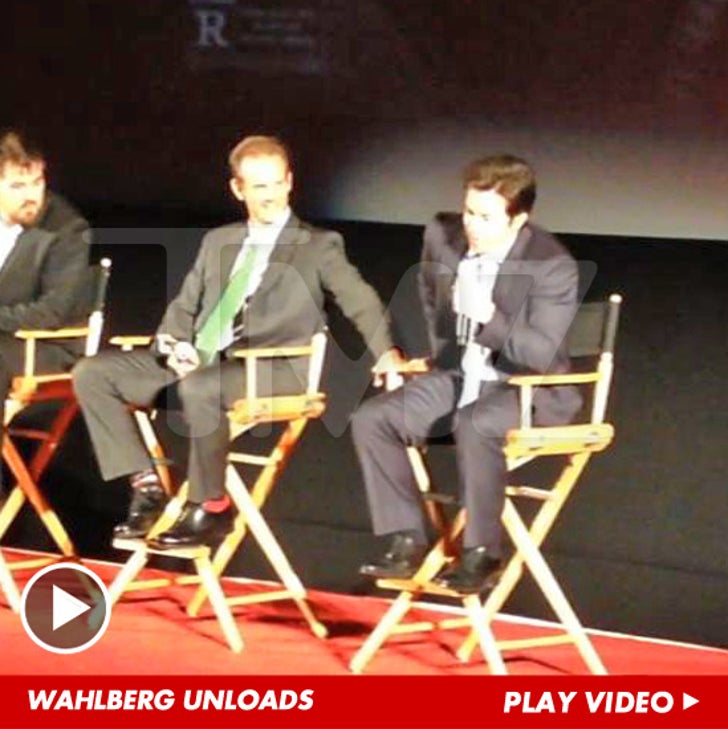 Mark Wahlberg lashed last night, saying "For actors to sit there and talk about 'oh I went to SEAL training? I don't give a f**k what you did."

Wahlberg was speaking at the AFI Fest in L.A., when someone asked a question about the rigorous training for his movie, "Lone Survivor." It seems Mark may have had our story about Tom Cruise on his mind in which Tom seemed to compare his acting job to fighting in Afghanistan.

Wahlberg unloaded, saying "For somebody to sit there and say 'my job was as difficult as being in the military.' How f**king dare you, while you sit in a makeup chair for 2 hours."

Wahlberg didn't stop there. He said, "I don't give a s**t if you get your ass busted. You get to go home at the end of the day. You get to go to your hotel room. You get to order your f**king chicken."

As we reported, we have seen the video of Tom Cruise's deposition where he makes the Afghanistan reference. When the opposing lawyer says, "Now your counsel has publicly equated your absence from Suri for these extended periods of time as being analogous to someone fighting in Afghanistan," Cruise does not react -- he certainly doesn't make the question look like a joke.

In fact, when Cruise responds, "I didn't hear the Afghanistan, but that's what it feels like and certainly on this last movie it was brutal, it was brutal," he doesn't make it look like it's an obvious joke. It seems more like a macho answer.

But then, the opposing lawyer crystallizes the point and says, "Do you believe the situations are the same?" You can see a light bulb go off in Cruise's head, and he realizes where the lawyer is going, and he snaps, "Oh come on." At this point Cruise is disavowing any comparison.

2:04 PDT: Wahlberg's rep tells TMZ, Mark loves Tom and was in no way referencing him in his comments. 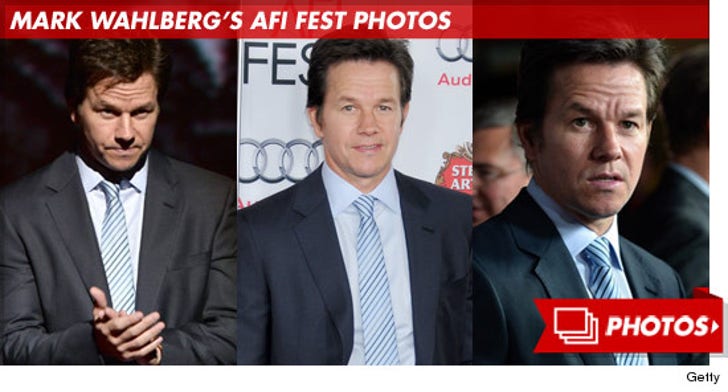