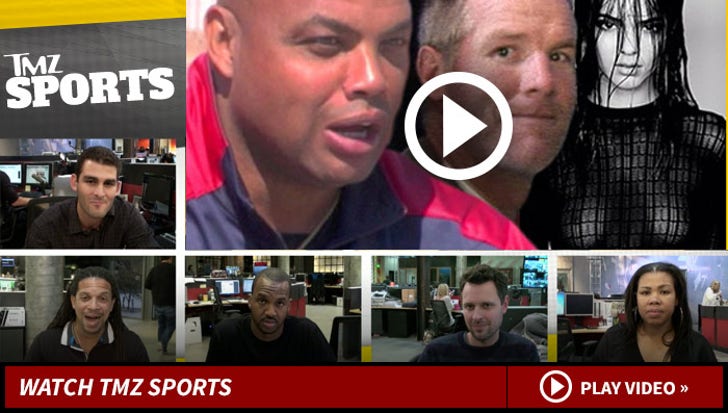 Only Charles Barkley could put Michael Jordan and Blake Griffin on blast ... and get away with it. We got Sir Charles ripping MJ for playing beer pong, and Blake -- just for being Blake. But here's the thing ... is Barkley wrong?

Plus, Brett Favre stars in a new commercial that's kinda funny -- but could have been hysterical if he had addressed one particular scandal head on. It's okay Brett ... we rewrote the ad for you and it's awesome!


And ... you gotta see what happened when Kendall Jenner exposing her boobs derailed our hoops convo! Her sister's married to an athlete, so she's sports adjacent.