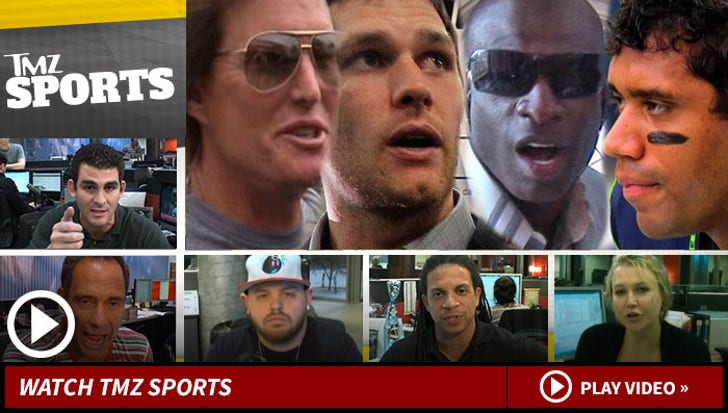 Bruce Jenner﻿ says his decision to shave down his Adam's Apple is NOT the first step of a sex change. So why are so many people questioning the Olympic gold medalist's reasons for the surgery?


Plus, Tom Brady talks a BIG game -- saying he doesn't listen to Gisele Bundchen's opinions about football. But we gotta ask ... would he say that in front of his wife??


And is Seattle Seahawks QB Russell Wilson ready to be a 2-sport superstar -- in the NFL and the MLB? Well, Hall-of-Famer Deion Sanders knows plenty about that ... and joined us with his take on Wilson's future ... in both leagues.