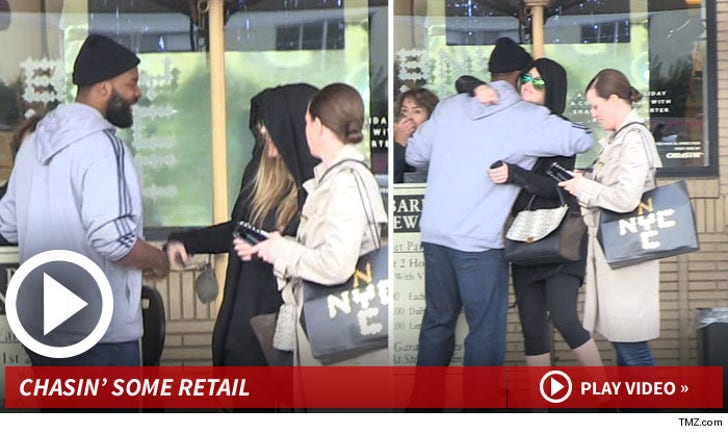 With Lamar Odom out of the picture, Khloe Kardashian turned to ANOTHER basketball star for some company during a shopping outing in Bev Hills ... ex-NBA stud Baron Davis.

TMZ Sports shot footage of the two leaving Barneys New York on Thursday ... laughing and smiling together ... and even sharing a hug before getting in separate cars and hitting the road.

Unclear if the two are just shopping pals ... or something more.

We do know this ... Baron grew up in L.A. and has been friends with the Kardashians for years. He's also tight with Kate Hudson (they went to high school together).

There are rumors Khloe is secretly dating Dodgers star Matt Kemp ... but no signs of the MLB star yesterday.