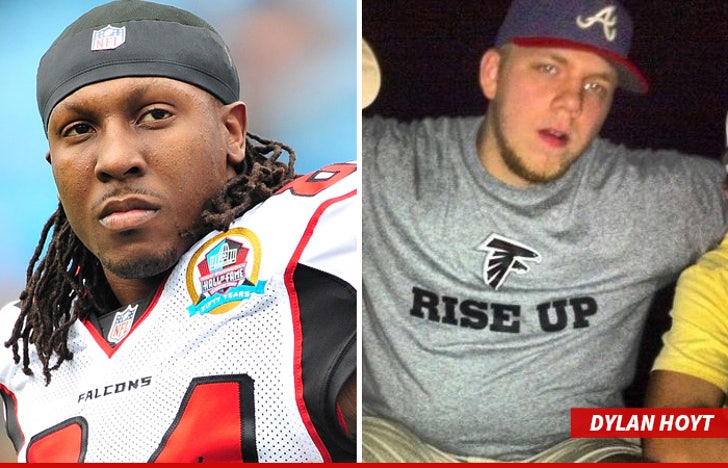 Atlanta Falcons superstar Roddy White is no Aaron Rodgers -- he's finally decided to pay off his March Madness wager with a fan ... by hooking the guy up with Super Bowl tickets!

Everyone's been talking about it -- Roddy promised Falcons fan Dylan Hoyt season tickets on the 50-yard line if Mercer beat Duke last week, but then tried to back out of the deal.

Now Dylan tells TMZ Sports Roddy's coming up huge ... offering him pre-game sideline passes to ALL the Falcon home games -- AND his personal pair of tix to next year's Super Bowl!

Roddy took a ton of heat for not paying up, but Dylan says ... "He's a great guy. It wouldn't have mattered if he didn't pull through, but this is a dream come true."