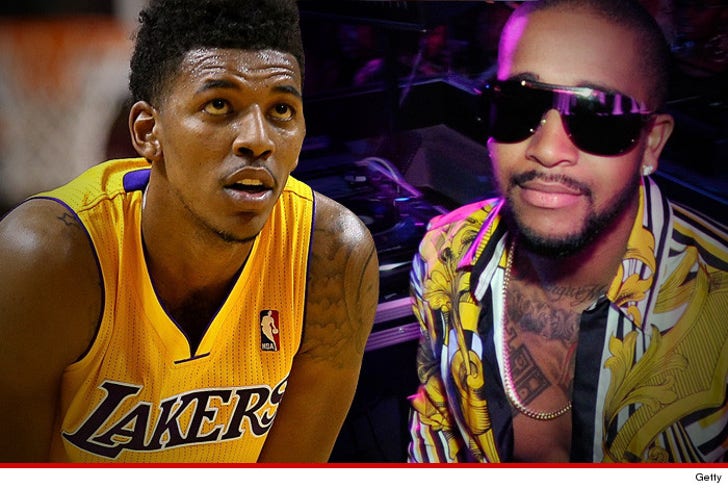 If anyone feels Nick Young's pain, it's Omarion -- because TMZ Sports has learned the R&B singer was ALSO burglarized last year when he was living in the exact same L.A. house!!!

We know ... Omarion had been renting out the Studio City house in 2013 (before the Lakers star moved in) ... and in the summer, the place was hit by intruders.

We're told the burglars took $6,300 worth of jewelry that belonged to O's girlfriend ... and though cops investigated, the bad guys were never caught.

Now, with the house being struck again -- and burglars taking around $200k worth of Nick's belongings -- we're told cops are exploring the theory that they were both hit by the same crook.