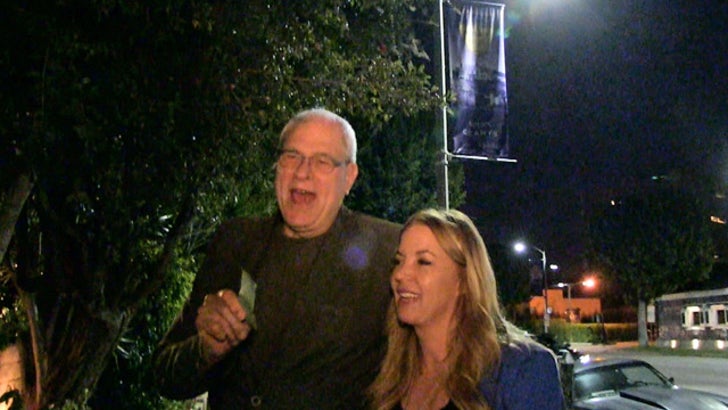 Jeanie Buss just backed one up over her NBA legend fiance Phil Jackson -- exposing him to the world ... as a hardcore snorer!

The new Knicks President and Lakers Prez were out to dinner on her turf last night -- L.A.'s restaurant row -- and we asked what's their biggest relationship challenge: being bi-coastal or bi-NBA franchise?

Jeanie quickly says it's neither ... it's that Phil saws more wood than a lumberjack.

But watch the clip ... 'cause Phil also drops a subtle bombshell of his own about his role with the Knicks.

We told him lots of people (as in Knicks fans) have said they'd prefer to have him coaching the team -- and Phil does NOT disagree!

In the words of Lloyd Christmas ... "So, you're saying there's a chance."