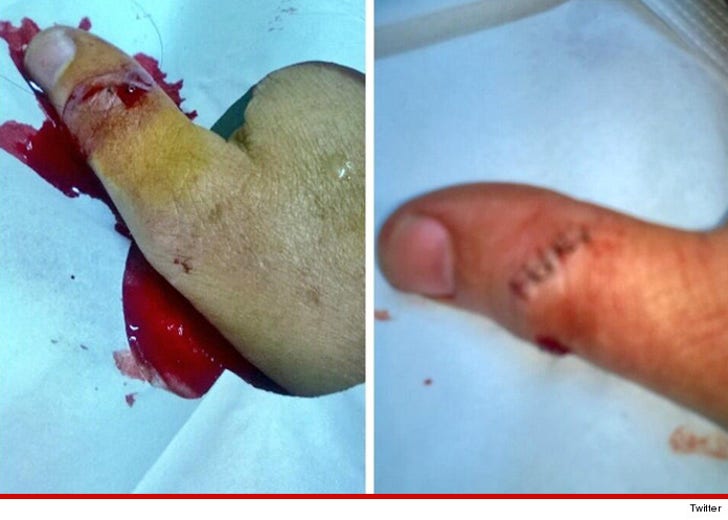 No, a WWE ref did not get caught stealing from a market in Saudi Arabia ... but he did come dangerously close to losing a thumb in a super gnarly accident.

Charles Robinson was preparing the ring with other crew members before their show Friday in the Middle East ... and the referee says he tried to carelessly rush through the job -- but instead, sliced his finger.

Robinson says it was so bad he almost lost his thumb ... but WWE doc Chris Amann managed to quickly patch him up with 6 stitches.

Beats getting hit with the Razor's edge (wrestling joke).