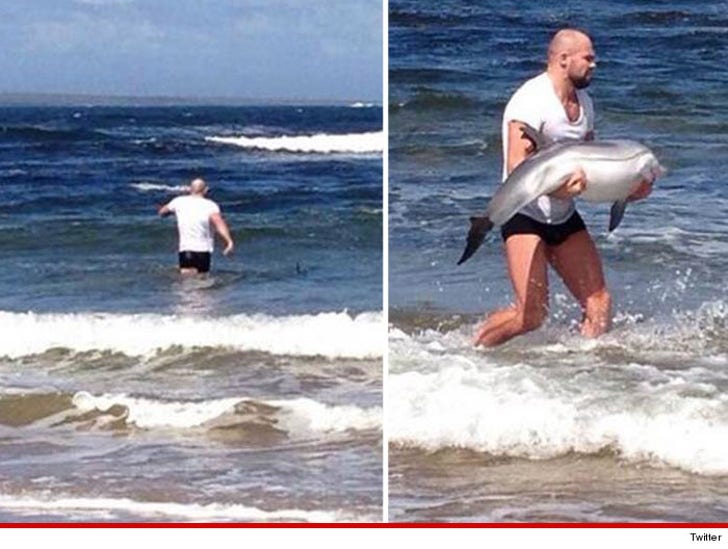 An Irish MMA fighter went to the beach this week ... and SAVED A BABY DOLPHIN ... and the whole rescue was caught on camera.

Cathal Pendred -- who was on "The Ultimate Fighter 19" -- was out in Co Clare, Ireland earlier this week when he stumbled across an injured dolphin swimming near the sand.

Pendred says he approached the injured animal and did what he could to save it ... picking it up, carrying into deeper water ... and releasing it back into the ocean.

Cathal later tweeted, "'I just spent an hour in the sea at Doonbeg trying to save a baby dolphin. He was very hurt but alive and well now!"

Unfortunately, the story has a tragic ending ... Pendred later tweeted, "Sad news: The Irish Whale & Dolphin Group have said that the young dolphin washed up in Doonbeg again last night. I tried my best."