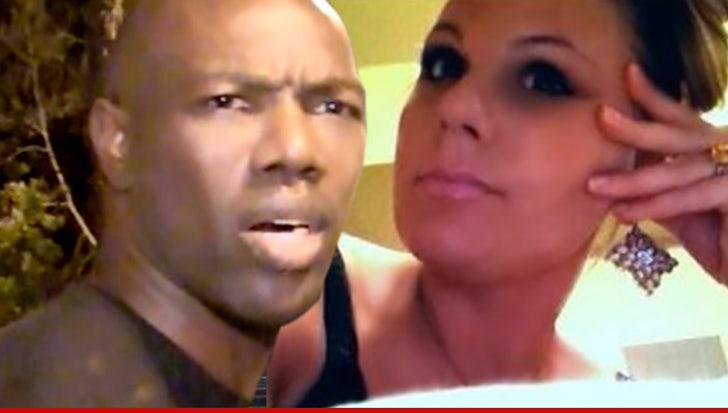 I'm 40. I'm broke. And I've got ZERO employable skills ... outside of my athletic talents.

Please don't make me pay my estranged wife's attorney's fees in our divorce.

That's essentially the message T.O. sent a judge in new legal docs ... in which he explains why he shouldn't have to pony up for Rachel Snider's legal fees.

In the docs, T.O. says his marriage to Snider was only for 3 days .. yet she hired a fancy lawyer who charges through the nose -- and he simply can't afford to pay ... now or ever.

In fact, Owens explains, "Besides my athletic abilities, I do not have any special skill set or education that makes me employable. I use my celebrity status as a former NFL player as much as possible as I struggle to earn a living to support my children."

The couple was married on January 23rd ... and separated on January 26th. And since then, they've been at war for 105 days and counting.