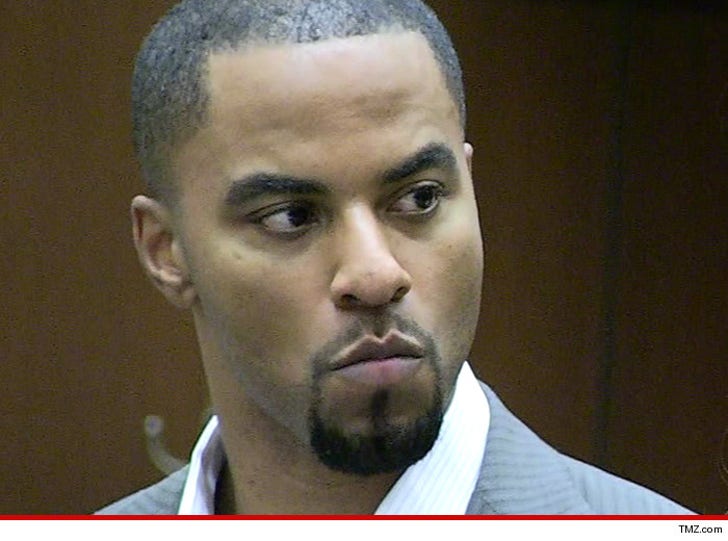 Darren Sharper's lawyer just filed legal docs blasting holes in the multiple criminal cases in which the former NFL star is accused of drugging and raping women. In the legal docs -- obtained by TMZ -- attorney Blair Berk lays out some pretty interesting weaknesses in the cases:

1. Berk says in the legal docs the Miami Beach P.D. has declined to file ANY criminal charges against Sharper and the investigation is closed. Short story, the evidence just wasn't there.

2. Berk says in the L.A. case ... the rape kits showed the 2 female accusers had sperm and DNA from men other than Sharper on their clothing. Berk alleges the D.A. refuses to ante up the names or any other info about the mystery men.

3. Berk claims in the Arizona case the lead detective perjured himself by claiming Sharper's semen was found on the leggings of one of the accusers. The detective testified as if he was reading from a forensic report, but Berk says it was all a lie and he later fessed up to the lie.

4. According to Berk, one of Sharper's Las Vegas accusers -- we'll call her Sarah -- had rough sex with another guy within 24 hours of her encounter with Sharper -- this according to the guy. Berk says he admitted to cops he left visible injuries on Sharper's accuser.

What's more ... there are 2 Vegas accusers -- Sarah and Jane. Berk says neither woman complained about an alleged rape the day after. In fact, Jane never even hinted she had sex with Sharper. And get this. The guy who had sex with Sarah texted Jane the day after saying, "I'll have some handsome white boys for [Sarah] when she comes back on her next vacation." To that Jane replied, "[Sarah] went a little darker last night." Berk says it sounded NOTHING like a rape.

5. One of the key prosecution witnesses in the New Orleans case is under criminal investigation for allegedly drugging a woman at a bar and Berk says there's even video of him slipping something into her drink. The guy is critical to the prosecution's case, claiming to have been at the bar with Sharper's accuser at the very time Sharper allegedly spiked her drink.

Berk and Sharper will be in court Friday, asking a judge to order prosecutors to fork over all of the evidence that tends to show Sharper is innocent.