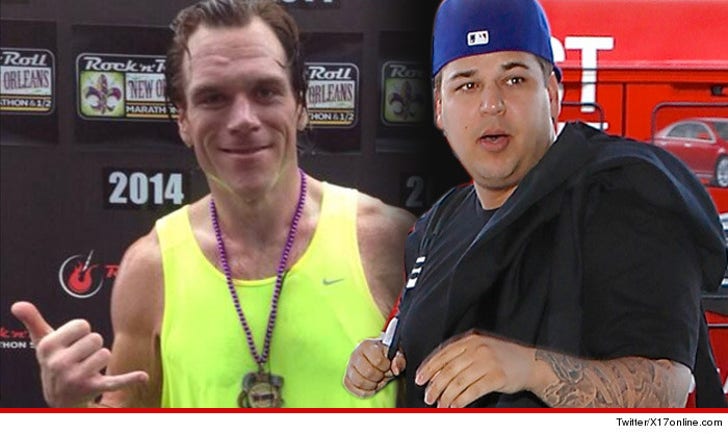 Rob Kardashian has an NFL sympathizer ... a former lineman who tells TMZ Sports it can be HARDER to shed the extra lbs when you have the world at your fingertips ... but he insists, it CAN be done.

We spoke with former Pittsburgh Steelers offensive lineman Alan Faneca ... who famously dropped more than 100 pounds after retiring from pro football ... and he tells us he knows the struggle big stars like Rob face when they try to lose weight.

Faneca points out that celebrities like Rob are constantly out at fancy restaurants and catered events -- and it's tough to maintain a strict diet when faced with so much temptation.

Alan also says Rob's plan on getting back to the gym when he "chooses" is a bad excuse -- saying, "We HAVE to be in shape. We don't all need 6-packs, but you only have ONE body. And you need to take care of it. It's gonna keep you here."