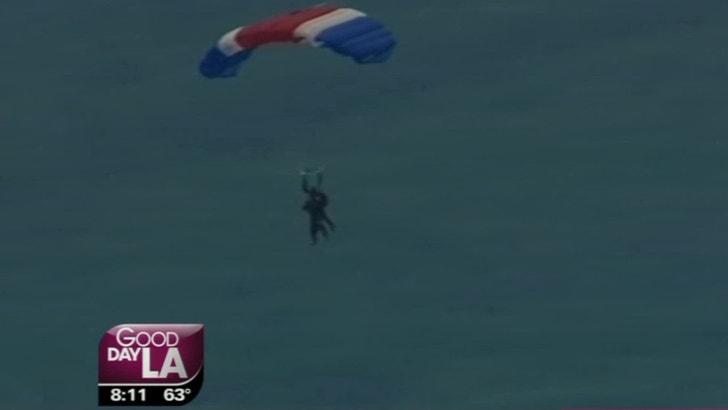 The elder Bush made the parachute jump near his home in Kennebunkport, Maine. He celebrated his 80th and 85th birthdays with jumps as well.

According to Bush's camp, it was the eighth time he's done it ... the first one being when his plane was shot down by the Japanese over the Pacific during World War II.

The man has lived.

It's a wonderful day in Maine -- in fact, nice enough for a parachute jump.