Exclusive: Ben Affleck Started Reaching Out to Jennifer Lopez Back in February 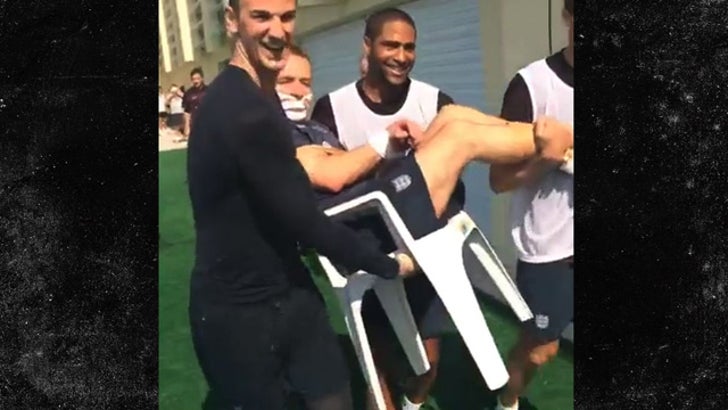 In an effort to shake their World Cup blues, the guys from Team England decided to gang up on their team masseuse for a birthday prank ... involving some bondage action and an ice bath ... and it was all caught on video.

Daniel Sturridge, Joe Hart, Glenn Johnson and others decided to tie up team masseuse Paul Smalls at their practice facility in Brazil today to "honor" the guy on his 50th birthday.

Once he was roped up, they carried Smalls over to an ice bath ... and dunked him into some freezing cold water.

Nice to see the team in good spirits after their 1st game loss to Italy.

Paul's balls couldn't be reached for comment -- as they're currently still hiding out up inside his stomach.