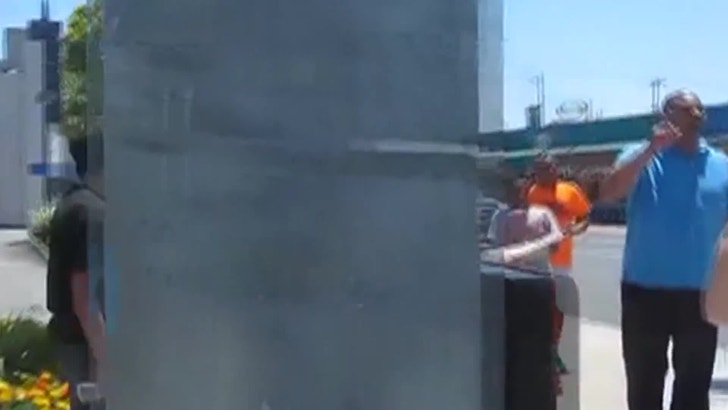 Mark Jackson ain't sweating about finding a new job in the NBA ... the ex-coach and devout Christian is pouring his energy -- and a lot of it -- into doing some serious sidewalk preaching in Los Angeles.

Instead of barking at players to get back on D ... the former Golden State Warriors coach and several members of his church were barking at sinners on a street corner on Saturday.

It was World Vision Day, which Jackson himself described as ... "A call 4 every Believer 2 hit the Streets n Preach for 1 hr."

You gotta hear Jax get fired up for the Lord -- sounds like he's more than ready to give referees the business.