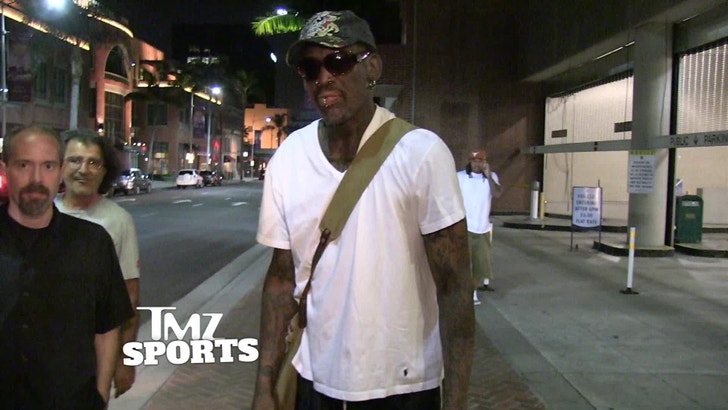 Rodman was out in L.A. last night when he opened up about his plans -- telling us KJU expressed interest in having some Royal Rumble style action in his part of the world -- and Dennis says he's more than happy to help bring it over.

Of course, Rodman knows a little something about the wrestlin' world -- he fought alongside Hulk Hogan and Randy Savage as a member of the NWO back in the '90s.

As for Kim Jong Un, who's reportedly been M.I.A. for the past couple of weeks -- we asked Rodman if he knows where he is ... to which he cryptically replied, "We know."