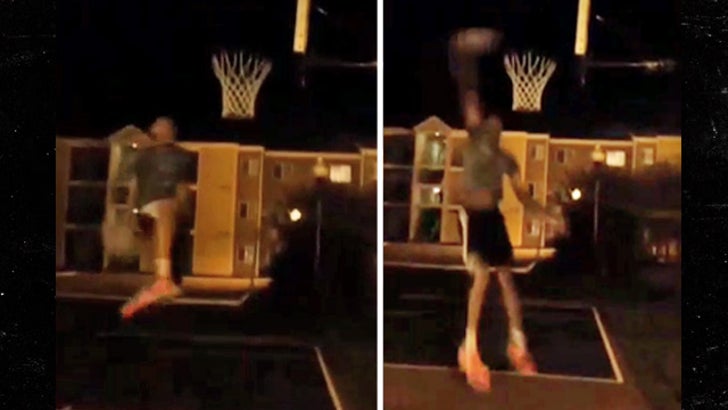 3 months after his NBA dreams were dashed when he was diagnosed with Marfan Syndrome, Isaiah Austin is back on the court ... proving he's STILL one of the most explosive players in the country.

The 20-year-old 7-footer -- who was projected to be a 1st round pick in the 2014 NBA Draft -- pulled out the video camera and recorded himself doing a Eastbay Dunk recently ... and it's NASTY!!!!

Austin hung up the sneaks due to the diagnosis because the syndrome can affect the heart -- and overexerting himself on a consistent basis can have fatal consequences.

But apparently Isaiah feels one RIDICULOUS dunk every once in a while can't hurt ... especially when the dunk is so damn impressive.

FYI -- Austin has re-enrolled at Baylor, where he was one of the best players in the country, and is working on taking up the offer Adam Silver made at the draft ... that Austin would have an NBA office job as soon as he got his degree.

Aside from his studies, Austin is working as a "student assistant" with the basketball team -- and it's obvious the kids could learn a lot from this dude. 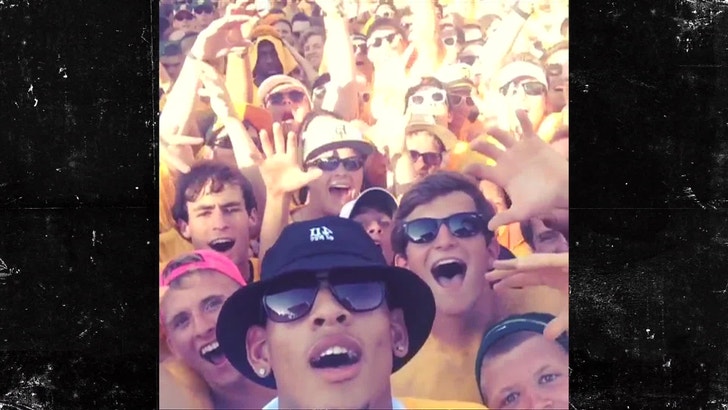