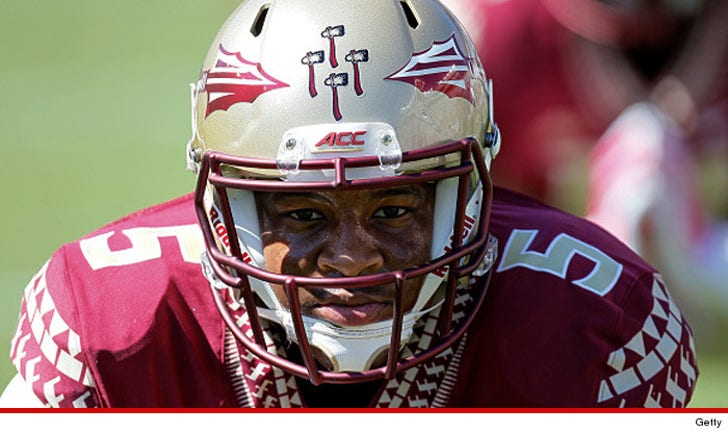 Jameis Winston is under investigation again ... this time for allegedly signing a bunch of sports memorabilia for a professional company which might have paid him -- a major no-no with the NCAA.

Winston reportedly signed more than 300 items that appear on the website for a company called James Spence Authentication. According to ESPN ... many of the items have sequential serial numbers which makes it seem like Jameis signed a large number of them at once.

Florida State University football coach Jimbo Fisher told reporters he believes his QB had signed the items for random fans ... and NOT for the company. FSU officials are now investigating.

JSA is the same company linked to Georgia running back Todd Gurley ... who got suspended indefinitely for allegedly getting paid.

Gurley and Winston were both front-runners to win the Heisman this year. Worth noting ... former Heisman winner Johnny Manziel went through a similar sitch when he was at Texas A&M.