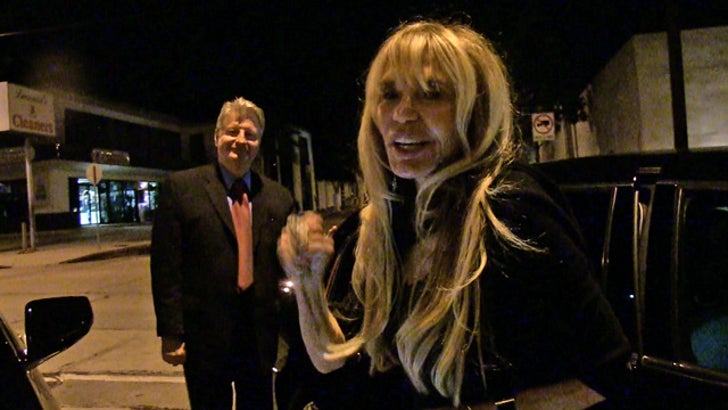 Dyan Cannon is the ultimate Lakers insider -- she even bakes brownies for the players before every game -- and she's adamant Steve Nash will never wear Purple & Gold again.

The Oscar-nominated actress was leaving Craig's in L.A. this weekend -- when we asked if there was a shot the 40-year-old baller would return to the squad after suffering ANOTHER major injury.

There's talk the Lakers could still try to trade Nash to another squad -- but as far as returning to the Lake Show is concerned, Cannon doesn't think there's a snowball's chance in hell.