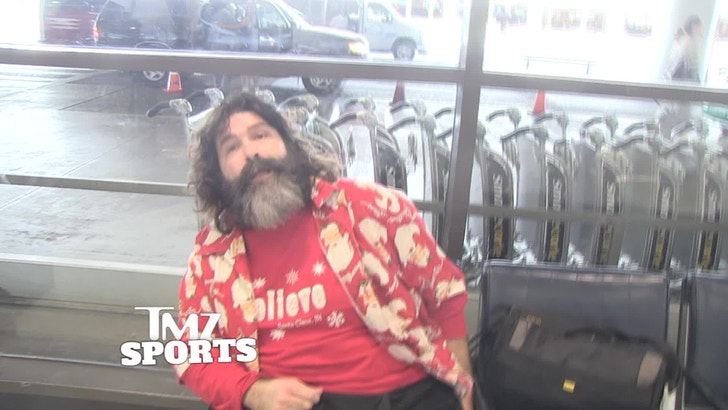 Wrestling legend Mick Foley is the godfather of ear-related fight injuries (sorry, Evander), so when UFC fighter Leslie Smith had her's bashed in over the weekend ... who better than Mick to offer up support.

In case you missed it, Smith was fighting at UFC 180 in Mexico City when she took a right hand to the head that turned her left ear into mush. It's as gross as it sounds.

Foley -- who had his ear destroyed all the way back in 1994 -- says he spoke with Smith after the incident and then explained to our photog one of the biggest things he can't do without an ear.

Shockingly, "hear" was not the thing he mentioned.